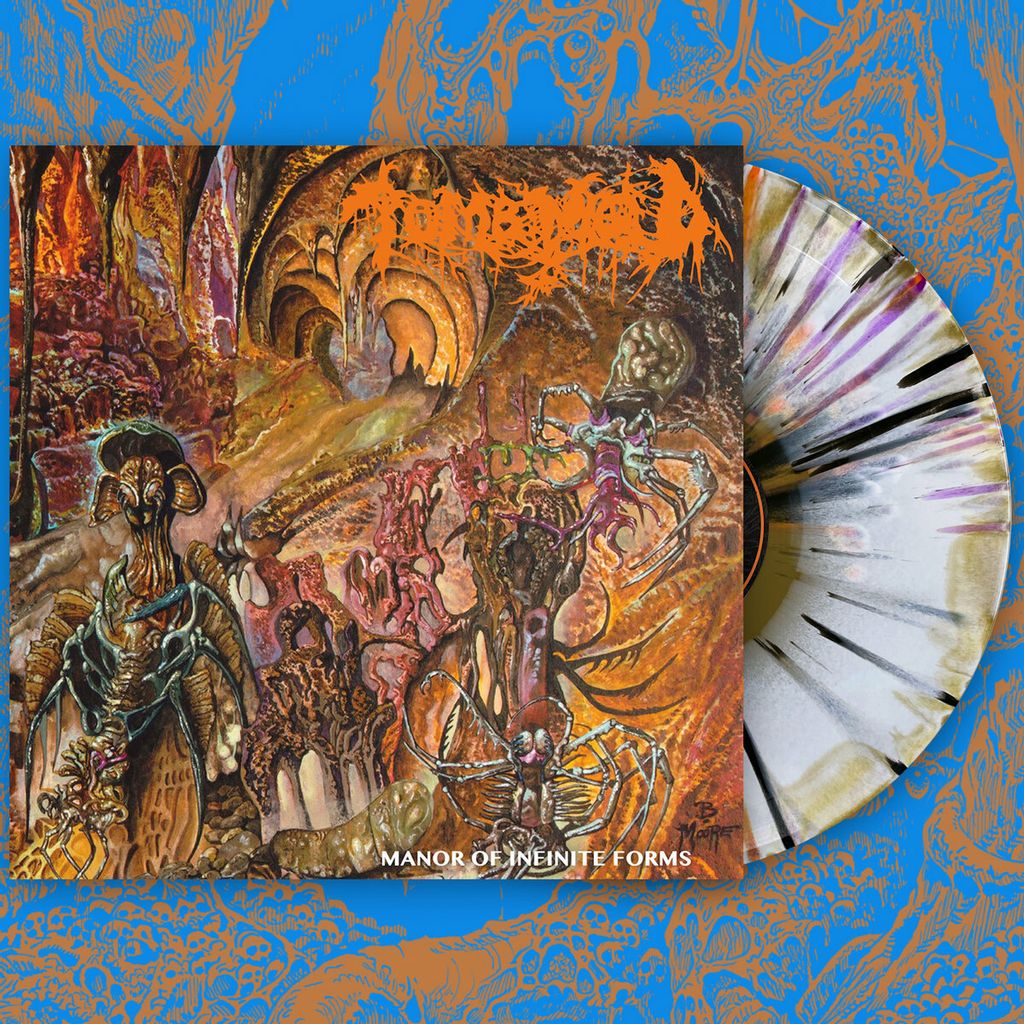 New Colored Vinyl - Orange Crush / Ultra Clear Galaxy!!! Bubbling up from the oozing sewers of Toronto like a bizarre insectoid of mutant genotype, Tomb Mold reanimates with their second album, and first for 20 Buck Spin, Manor Of Infinite Forms. Constructing monumental towers of obscure shape, jarring yet coherent, this band’s compositions evoke a distorted world alongside this one, where all manner of oddity and peculiarity are permitted. Songs on this album move in strange ways, recklessly contorting into cohesion until suddenly they’re proceeding with a force and purpose in perfect synchronicity to the universe that contains them. Disharmoniously melding the pulverizing heaviness of Finnish death metal with a never overbearing technicality, Tomb Mold careen through world after world of alien landscape with formidable singularity. Tracked in Toronto, this then landed in the hands of Arthur Rizk (Power Trip, Pissgrave, Code Orange) to achieve its organically huge mix. A remarkable puzzle of an album, Manor Of Infinite Forms constitutes a creative high point for 2018’s many strong death metal releases.