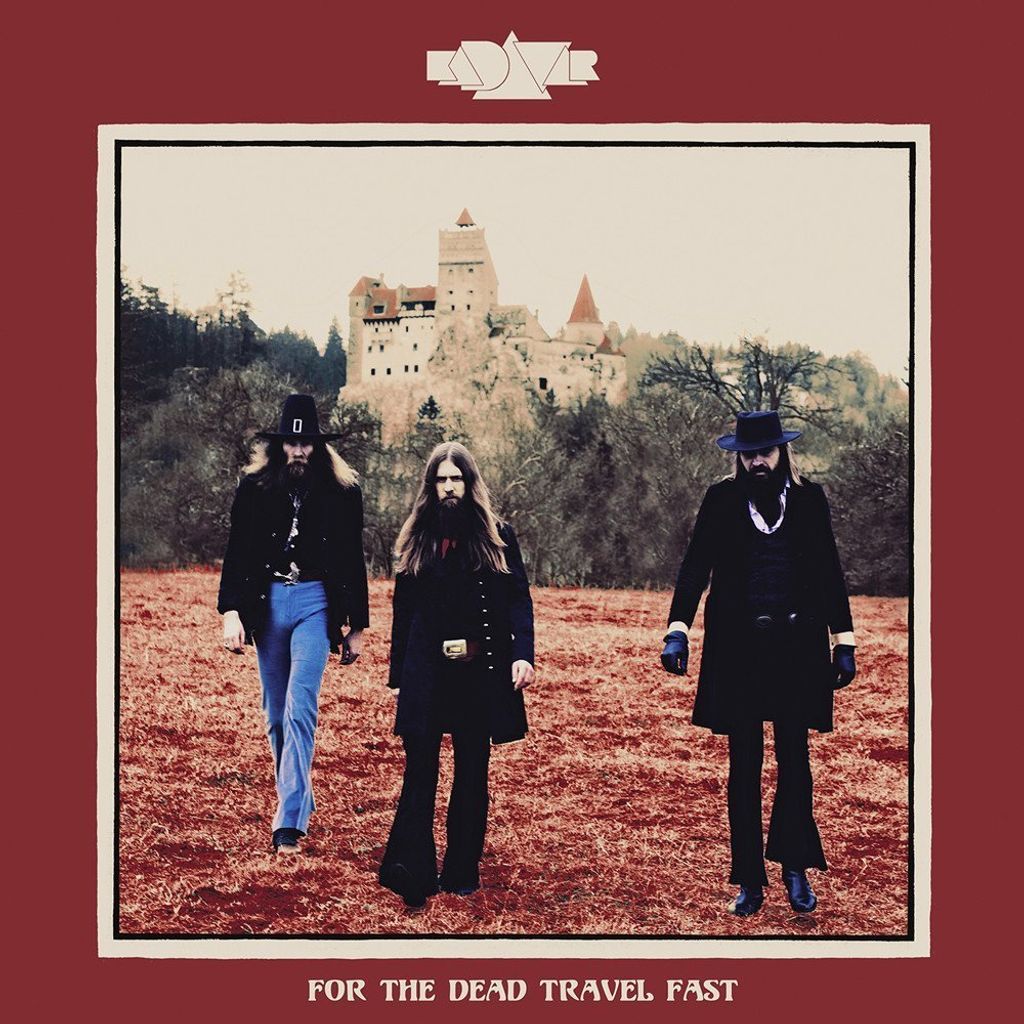 Do you remember the final scene of “The Fearless Vampire Killers”? The one with dozing Professor Abronsius in his coach, unaware of what he’s bringing back with him from the east? 50 years on, KADAVAR did the exact same thing. They ventured east – and brought something with them: A gothic horror story turned doom rock. With a decidedly morbid turn, Europe’s hardest working rock band unearth their dark and twisted roots, once and for all defining their unique brand of retro rock, doom and proto metal.

Aptly entitled »For The Dead Travel Fast« after German gothic poet Gottfried August Bürger, their doomed fifth record is a perilous journey into the land of the dead, a foray into the bleakest corners of our minds. A heavy, slow-paced, throbbing force of guitar, bass and drums, preciously enriched by spooky synths and a brooding narrative reminiscent of the Victorian death-cult. Beware, this is KADAVAR gone pitch-black! “Old horror soundtracks and Werner Herzog’s ‘Dracula’ had a huge impact on this album”, drumming maniac Tiger states. Think HAWKWIND with old PINK FLOYD melodies, eerily sung to you from the grave by guitarist/vocalist Lupus.

Self-recorded and self-produced in May 2019, »For The Dead Travel Fast« has becomes KADAVAR’s very own death cult, an album at the same time uncanny and extremely powerful. How do they repeatedly say in “Suspiria”? Right, “magic is everywhere”. And while that may be true in some sense, you won’t find it any more concentrated on a rock record than on »For The Dead Travel Fast«.