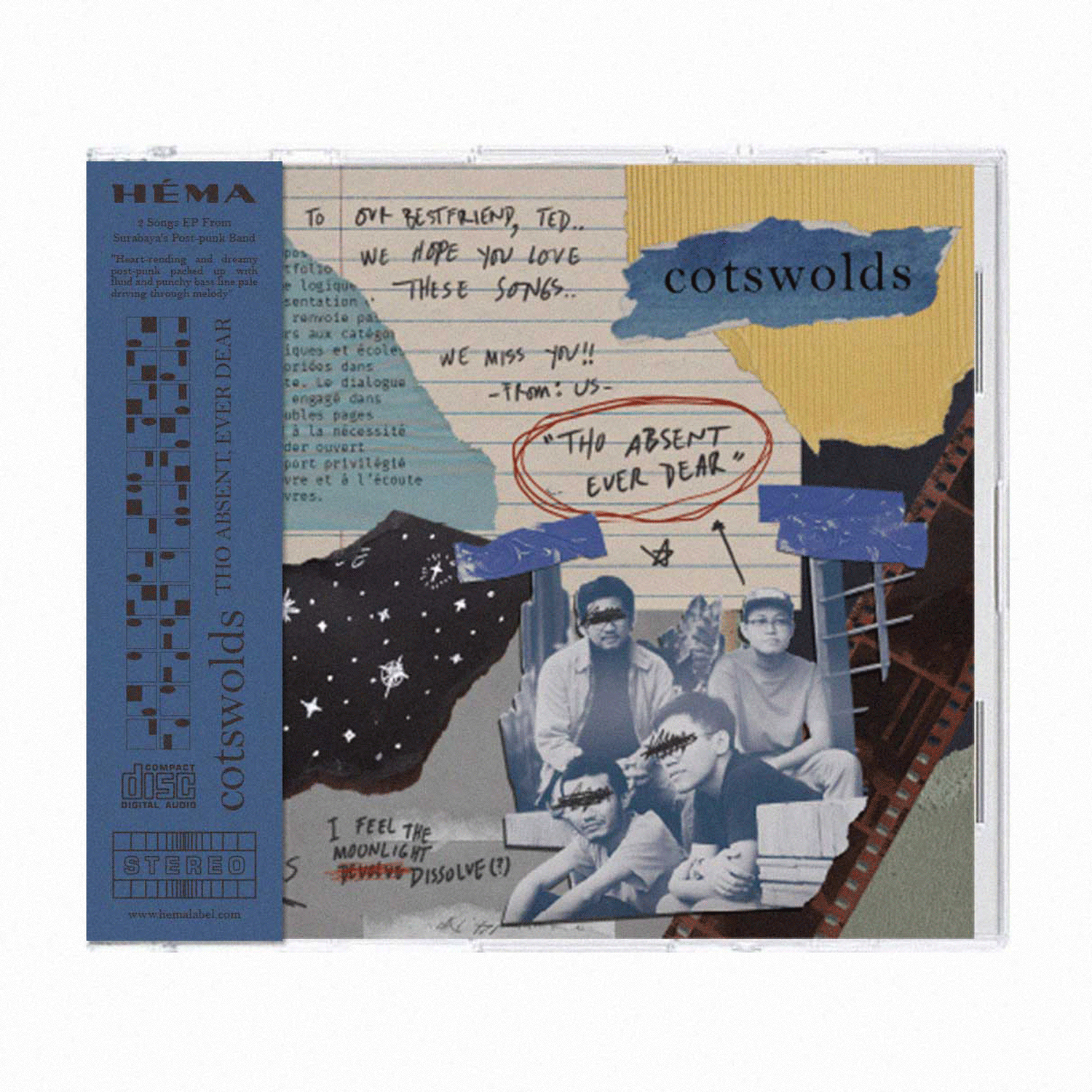 • COTSWOLDS - Tho Absent, Ever Dear CD

Surabaya always has its own charm when we start talking about their music scene. Not many indeed, but some of them have a contrasting character compared to what appears mostly in other cities. It’s always interesting to talk about post-punk in this pretty heat port city instead. Cotswolds started their career in Indonesian indie scene in 2012, after one year they released their first EP, two years later followed by a split EP with bedchamber, an indie pop band from Jakarta. After performing for several tours and passing through various domestic gigs, at the end of 2017 Cotswolds will release their debut album titled ‘Tadius’. As a working group called Cotswolds, Windrata (Guitar & Vocals), Dwiki Putra (Guitar), Wing Wisesa (Bass), and Farras Fauzi (Drums) do it very well.

It may be almost 6 months since this band member and Héma close-knit family Ted passed away, but his influence remains greater than ever happened in existence, both band and label. 2 songs that have been arranged and recorded with Ted to be released in 2-song EP to commemorate his dedication on a small scale of this music scene since the band was formed in 2012. This EP will also be the last works of Cotswolds with Ted as the vocalist.