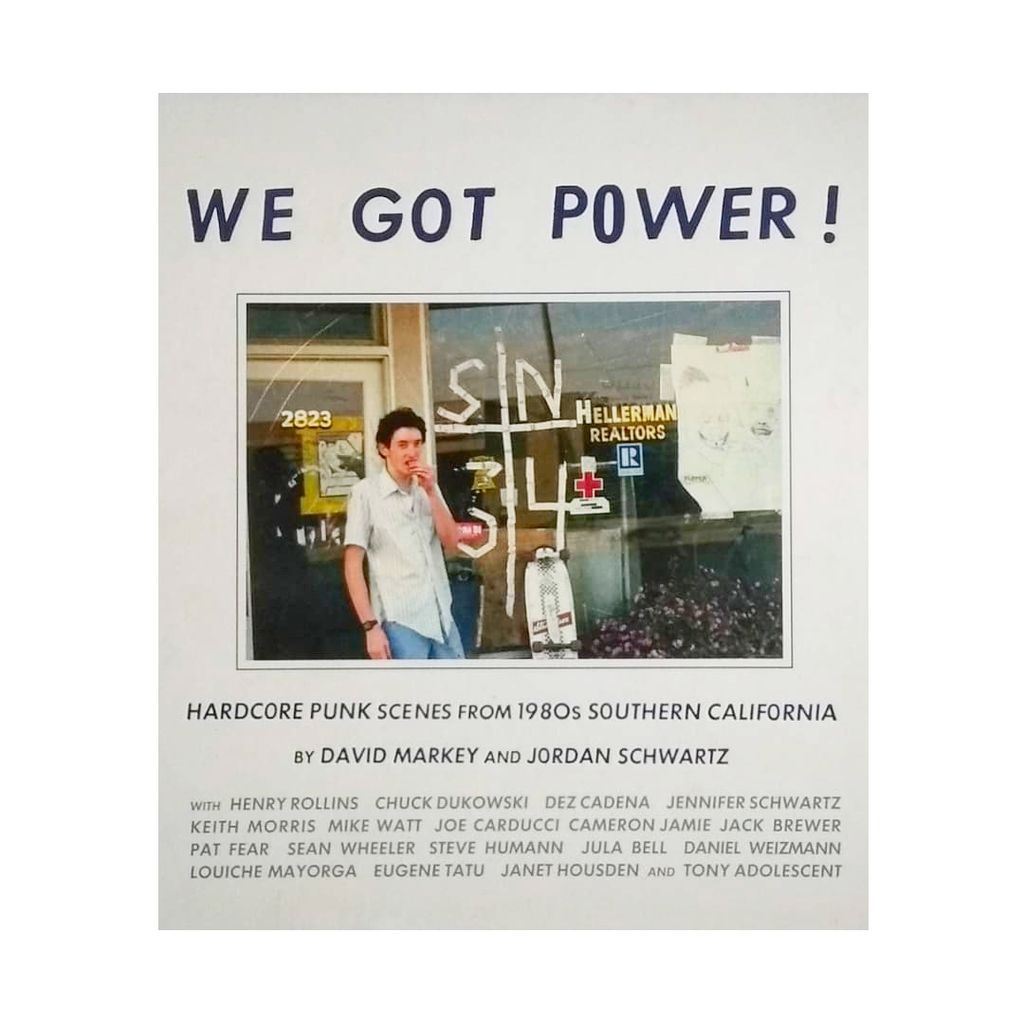 In 1979, punk was over . . . but by 1981, hardcore was born. As teenagers in 1981, David Markey and his best friend Jordan Schwartz founded We Got Power!, a fanzine dedicated to the first-generation hardcore punk music community in their native Los Angeles. Their text captured the early punk spirit of Black Flag, the Minutemen, Social Distortion, Suicidal Tendencies, and Hüsker Dü at the height of their powers. Meanwhile, their amazing photographs captured the dilapidated houses, abandoned storefronts, and disaffected youth culture of the early Reagan era. Never before seen, except in crude fanzine form, these detailed and richly narrative photos are now collected to present an intimate document a uniquely fertile creative moments.

“The book is a wonderful document of something that has continuity and lasts, the stuff that matters. It’s the finding of a voice of a generation.” - Chuck Dukowski