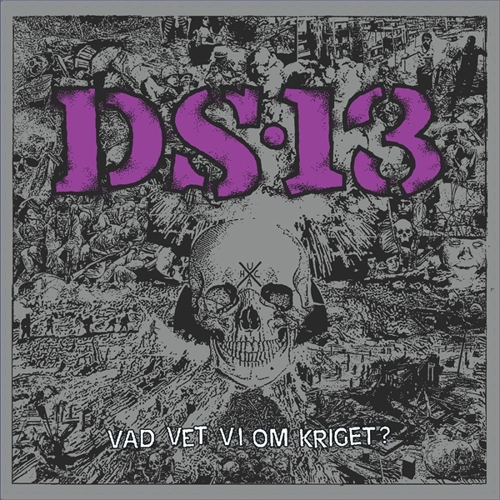 Repress of DS-13’s glorious debut album from 1999. Now remastered and with new artwork. For the uninitiated, DS-13 were/are from Umea, Sweden and played/play raging hardcore. The band did break up in 2002, hence the past tense but then started playing a few random shows a couple years ago. Shows went well, the band had fun and next thing you know, they do an East Coast tour of the US in 2016 and now have a West Coast tour scheduled in April 2017. Definitely one of the better bands from the Y2K thrashcore period.