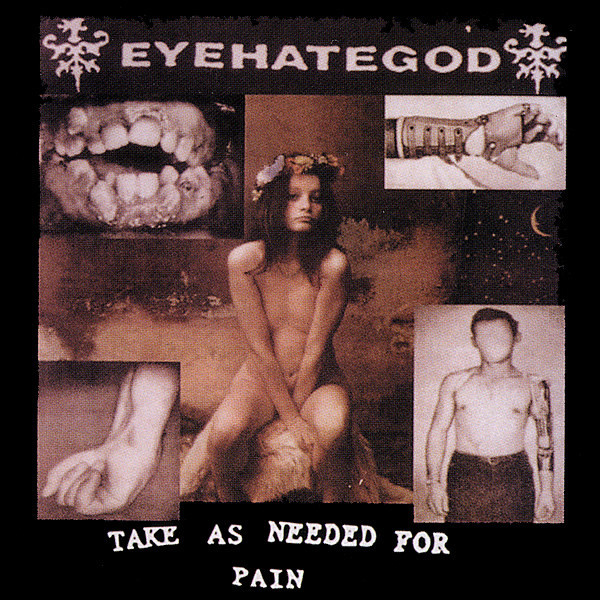 Let's face it. Most people will cringe within the first 30 seconds of this record. A drawn-out ring of feedback followed by a long agonizing groan. This is ugly music, made by ugly people, for ugly people. Its not written by musical masterminds. It wasn’t produced by Rick Rubin or Alan Parsons. Listening to this album will not get you laid, and you certainly will not get any elitist hipster cred. The pain of abuse and addiction, the suffering of man, feelings of being downtrodden are all present here. The atmosphere and subject matter is not the least bit pleasant or uplifting. Despite the gruesome subject matter and ugly instrumentation, Eyehategod’s music makes me really happy. After all, it’s hard not to enjoy the attitude of early Misfits albums combined with musical styling of Sabbath’s Master of Reality and a heavy dose of narcotics. So why should anyone listen? For one, taken in isolation, it would be hard for anyone to not appreciate the bluesy melodies of guitarist Jimmy Bower (Crowbar). While the heavy Sabbath-inspired riffs are a real treat, it's Bower’s soulful melodies that make EHG stand out from other sludge acts. It’s hard to imagine that someone with strong southern rock influences would tune down a notch and use a fuzzy guitar tone behind the gut wrenching grunts of singer Mike Williams. Its hard to sit here and analyze the music of Eyehategod. This is a band that probably doesn’t take as much pride in musicianship as they do their ability to make a soundtrack for swinging fists and banging heads. What makes this an interesting listen isn’t musical diversity, but the unique blending of slow and upbeat sections and the magical chemistry between slow sludgy riffage and the blues. The bottom line is that Take as Needed for Pain is one of the finest sludge albums ever made. Not to be missed