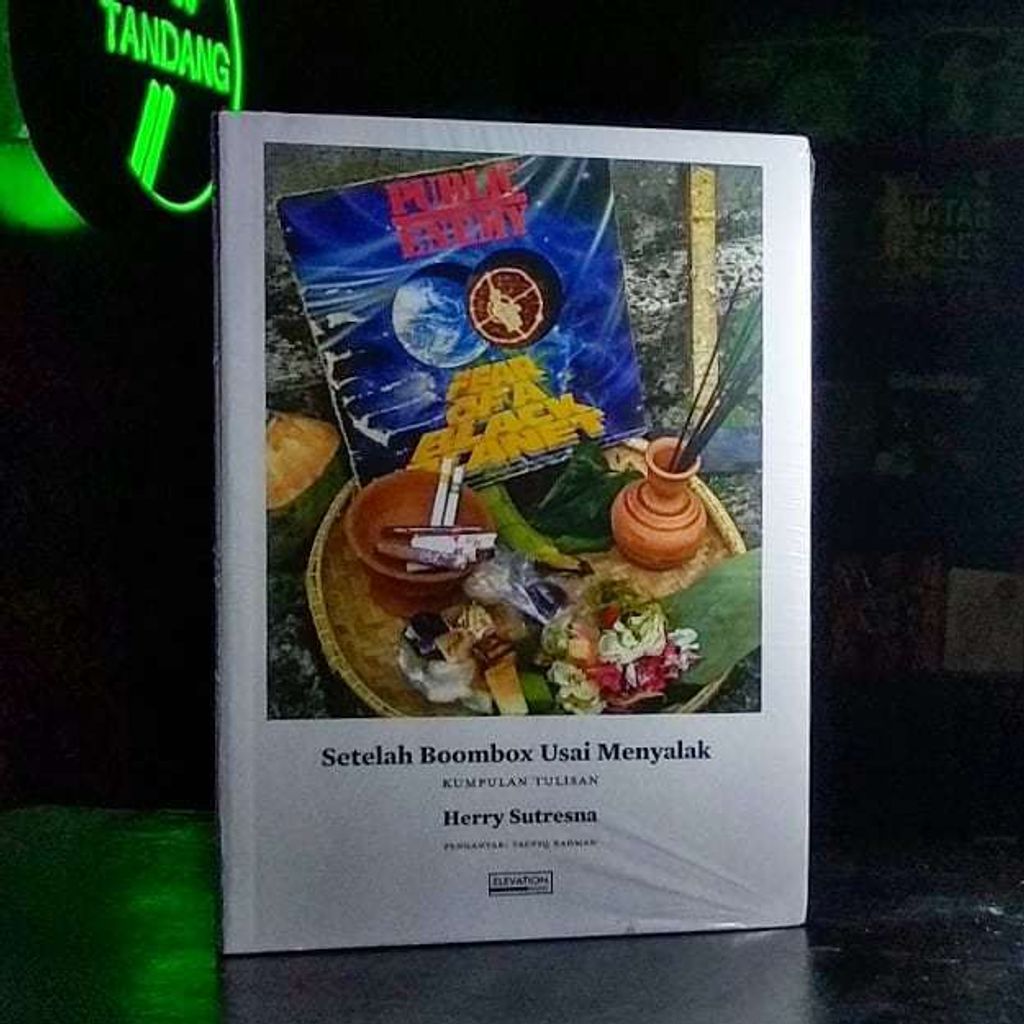 What would happen if a most respected rapper in the South East Asia music scene published a book? Of course the book will contain various ideas that are pithy and straightforward, barking ferociously. The proof is the anthology titled Setelah Boombox Usai Menyalak : Kumpulan Tulisan by Herry Sutresna aka Morgue Vanguard aka Ucok, from the rap collective from Bandung, HOMICIDE and also BARS OF DEATH.

This book might be a good start for Ucok to want to archive his writings later on. No matter how strong he refused (please read the introductory note by him, this person was too humble to admit that he was more than he thought), there were so many people who were waiting for processed sophisticated sentences that came out of his head. If we still have to wait to be able to listen to the powerful lyrics of BARS OF DEATH, why not just write other writings that are still scattered?

As the name implies, Flip Da Skrip is a collection of writings, or Herry Sutresna's (Ucok's) treasure has been buried for 10 years, which has been stored since the dissolution of Homicide, 2007, until 2017 and revealed to the general public in 2018. Treasures in the form of Ucok's writings on the world of hip hop from a time and place (West Coast and East Coast). Something that is not widely reviewed by many music writers, especially in Indonesia.

Ucok added a mixtape on the sidelines of the page that can be downloaded for free. Certainly the hip hop mixtape was chosen and highly quality. This book contributes greatly to its readers for music, especially hip-hop music. Ucok invited his readers to penetrate one mass of mass to another. He is like a tour guide, in this case hip-hop, which explains the ins and outs of hip-hop which hasn't been revealed yet in Indonesia.