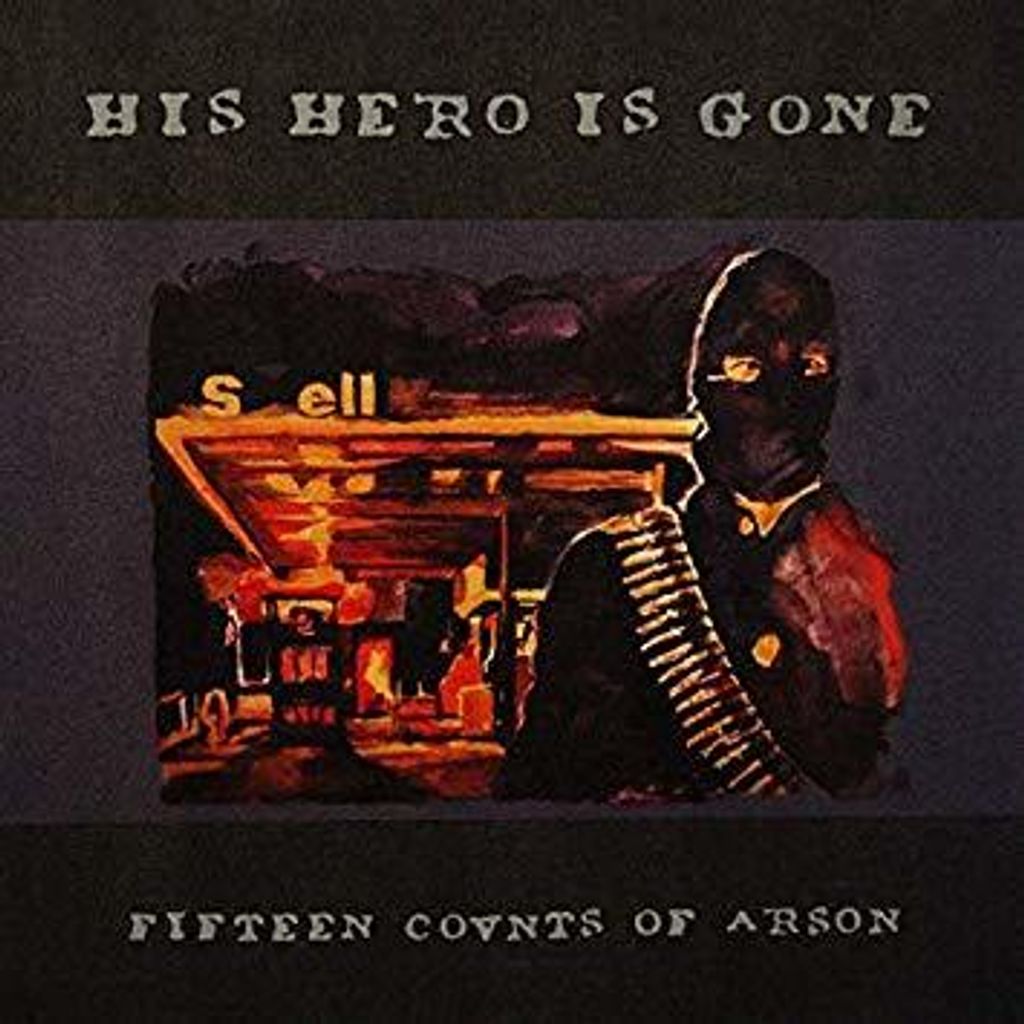 • HIS HERO IS GONE - Fifteen Counts as Arson LP

Memphis, Tennessee’s HIS HERO IS GONE ’s debut album. An explosive charge of Crust hardcore, emotive, somber riffs, throttling blasting drums and unpredictable, intense song writing with harsh vocals spitting intense, to the point lyrics. The original Line up of HIS HERO IS GONE would practice incessantly, tour nonstop, writing and defining their unique sound that drew disparate clues from the band members earlier bands: MAN WITH GUN LIVES HERE, FACE DOWN and COPOUT, but seeped deeper in fandom, absorption and adaptation of parts of classic SXE, emergent Power violence, 90’s European Dbeat Hardcore and underground metal. This Classic album was recorded mid tour in 1996 at Polymorph studios, a wedged together studio that produced many great underground records before the neighborhood succumbed to gentrification and it was turned into a small batch ice creamery. This is it’s first pressing since 2011, 472 pressed from the original plates at RTI record technology. This will not be repressed again this year.