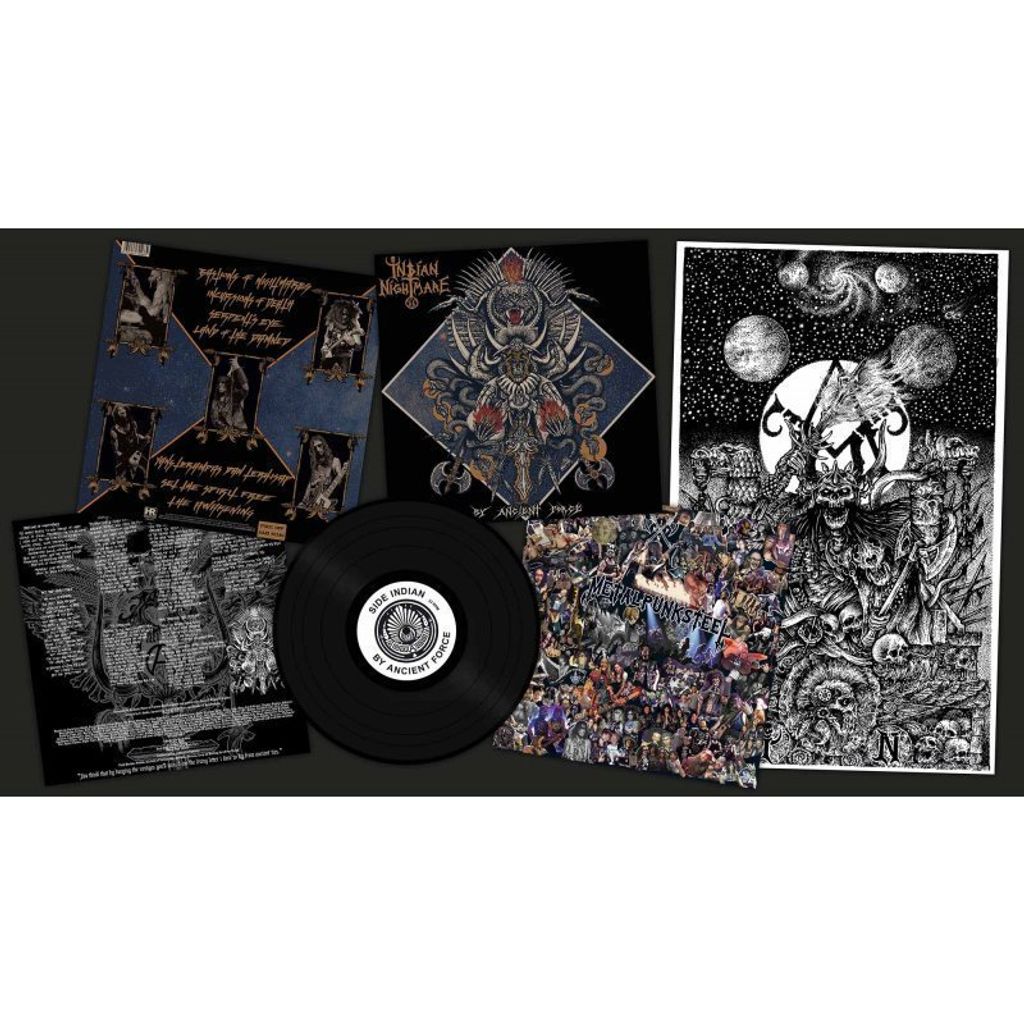 Formed in 2014 by musicians from Indonesia, Italy, Turkey, and Mexico, Indian Nightmare made a difference within the wider trad metal scene right from the start. As self-proclaimed tribal metal punks, the quintet put up their tent in German capital Berlin and quickly established themselves with an original tack on blackened thrash metal, both aesthetically and musically.

By making the members’ different cultural backgrounds almost palpable, their 2016 debut “Taking Back the Land” offered such a striking variation on the genre template that the youngsters were hailed as newcomers of the year by fans and media, a title that was fiercely defended at each succeeding gig the played. Therefore, expectations were high in advance of the follow-up, but “By Ancient Force” turns out to be another proverbial tomahawk to the head.

Raw…raw as a fresh cut from the blade Indian Nightmare wield. Blending punk rhythm and pace with classic metal vocals and riffs, By Ancient Force is an unusual but unique sounding release.