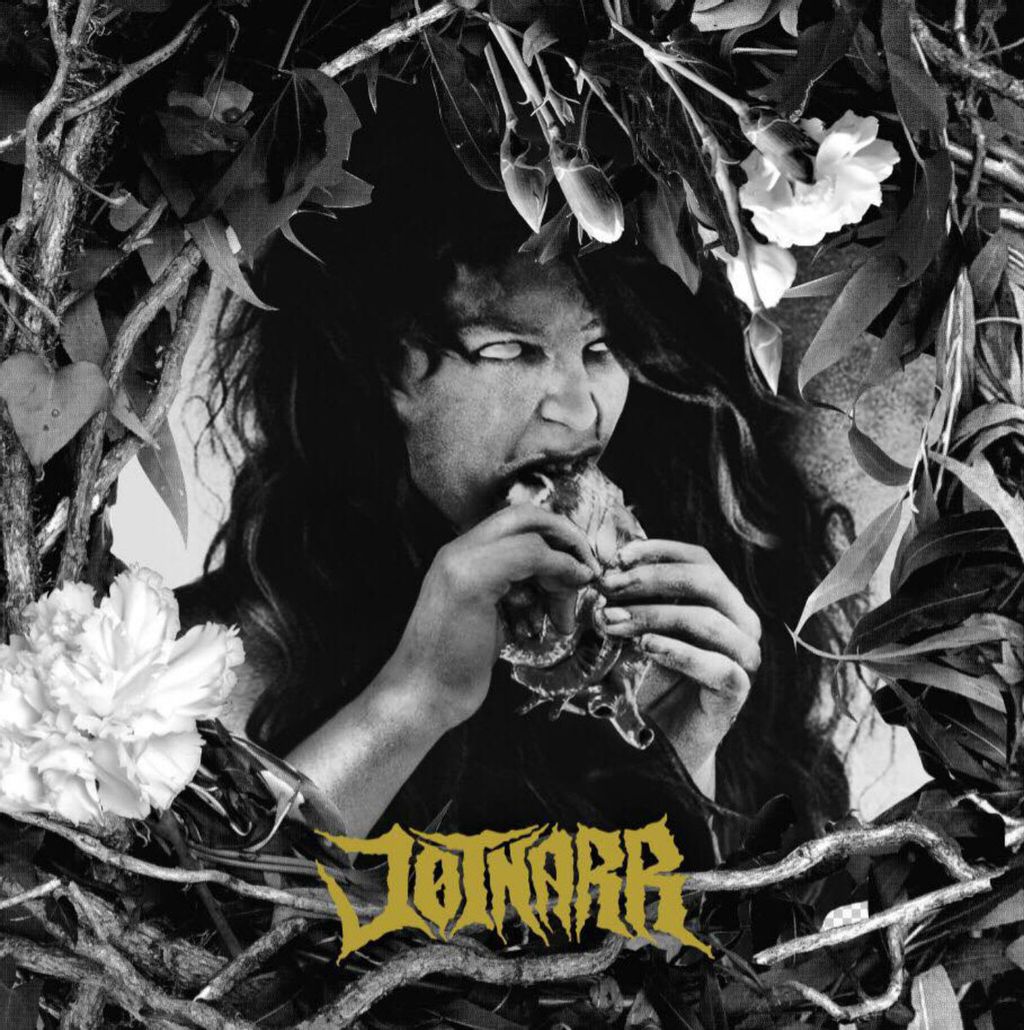 Jotnarr (or more accurately JØTNARR, named after a type of monster from the film “The Troll Hunter”) are a trio hailing from the fairly un-grim wastes of Colchester in the east of England. Chris, Simon and Oli have all been plugging away in various bands such as Meadows, Mother Sky and Three Thrones (which are all still going concerns) before getting together in 2013 to jam what could be considered to be black metal, with its scathing, evil atmosphere, fused to a belligerently hardcore punk backbone, topped off with elements of screamo.

Heavy, devastating and yet melodic. Lyrics are concerned with human relationships with the natural world, environmental degradation, loss, grief and wolves. Their interests include King Diamond, Black Sabbath, and playing shows. For fans of early Ulver, His Hero Is Gone and Wolves In The Throne Room. The self title LP is highly consistent and way stronger than most of the more mainstream post-black music out there. They came hard out of the gate, and continued time and practice should bode well for them if they stay the course.