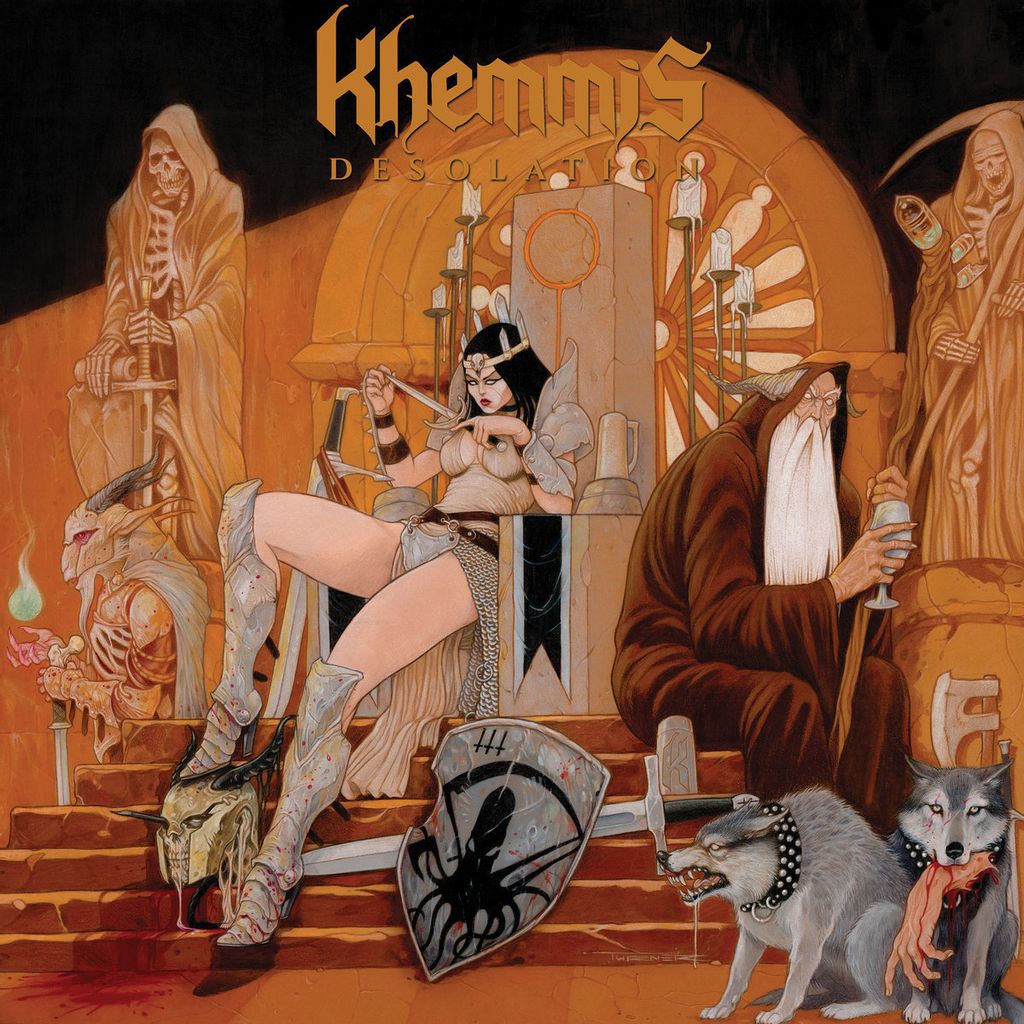 Anticipation was high for the release of Hunted in 2016, the sophomore album from Denver's Khemmis and follow up to acclaimed debut Absolution. Rather than the all too common sophomore slump, the band raised the stakes and blew everyone away with their rapidly progressing songwriting and production quality, culminating in Hunted being named Album Of The Year for 2016 by Decibel Magazine. Now in 2018, after wrapping up the Decibel Magazine Tour with Enslaved, Wolves In The Throne Room and Myrkur, the excitement for their third album Desolation is palpable across the metal spectrum. From the stadium-sized opening notes of "Bloodletting," it is immediately evident that the band are again putting distance between themselves and their earlier influences to inform a sound that is singularly their own. Working for the third time with Dave Otero at Flatline Audio in Denver, the band and producer now have the familiarity and mutual experience to arrive at the perfect symbiosis of songwriting, arrangement and production value. While Khemmis are undeniably influenced by doom and classic metal, to tag them with those labels doesn't do justice to what's accomplished on this album, a perfect representation of modern heavy metal in 2018 that integrates the past in a way only possible in the present.