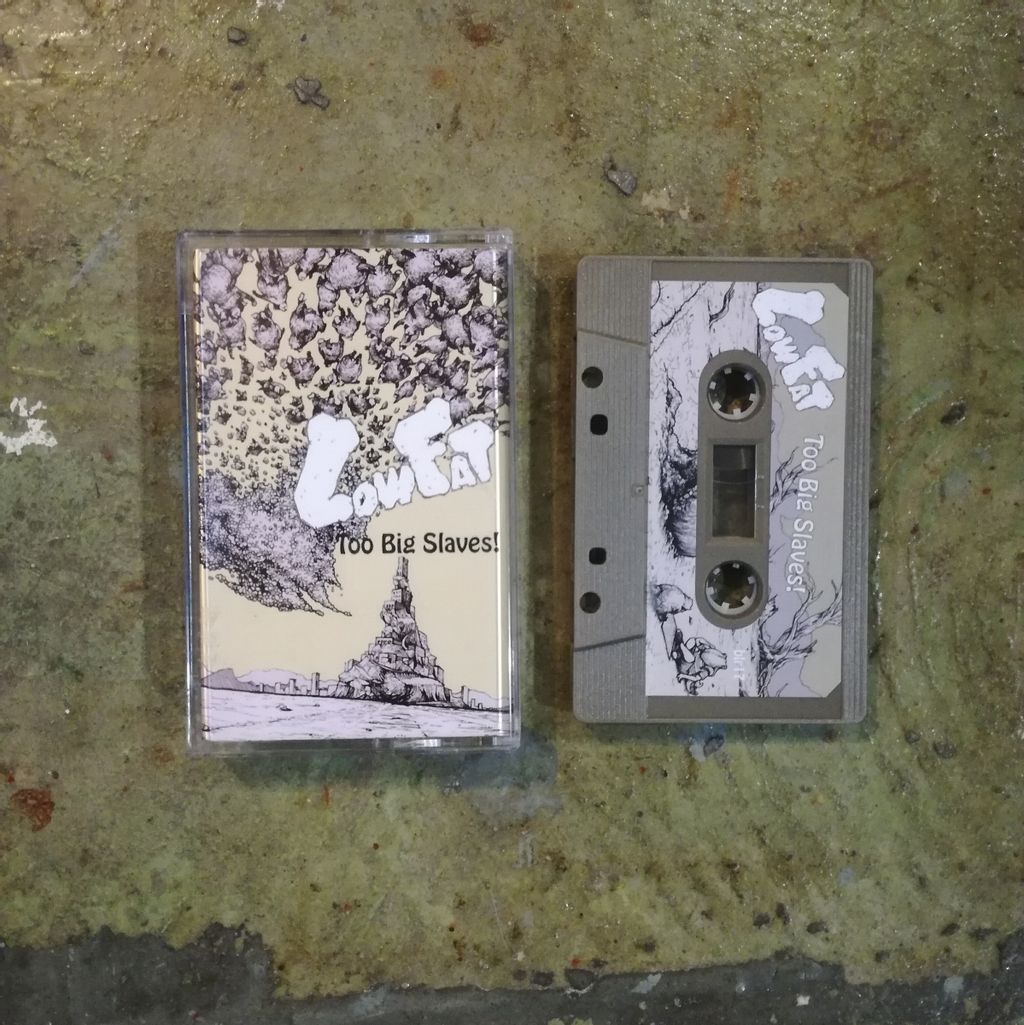 Starting off as an experiment by vocalist Suichi Sano after he grew bored of grinding blast beats around 2006, Lowfat has developed a unique take on what might be lumped in with Japanese hardcore. A tight rhythm section, and melodic, yet fast as fuck riffs - influenced by Japanese nursery rhymes! - provide a bedrock for Sano's demented yelping.
For a number of years there were constant line up changes to the band as demos (on which Sano played everything) appeared on numerous compilations worldwide. It wasn’t until 2013 that a line up settled into the whirlwind that presents itself on this tape. Bringing together two previous releases too big target! and hello my slaves! Too Big Slaves! is a short, sharp introduction to one of Thailand’s – and indeed South East Asia’s – most exciting punk band.
22 tracks housed in coca brown c30 cassettes, with full colour sticker on side one, and a full colour, double sided j-card+3. Please note the artwork is meant to be viewed right to left, so the cassettes may seem upside down