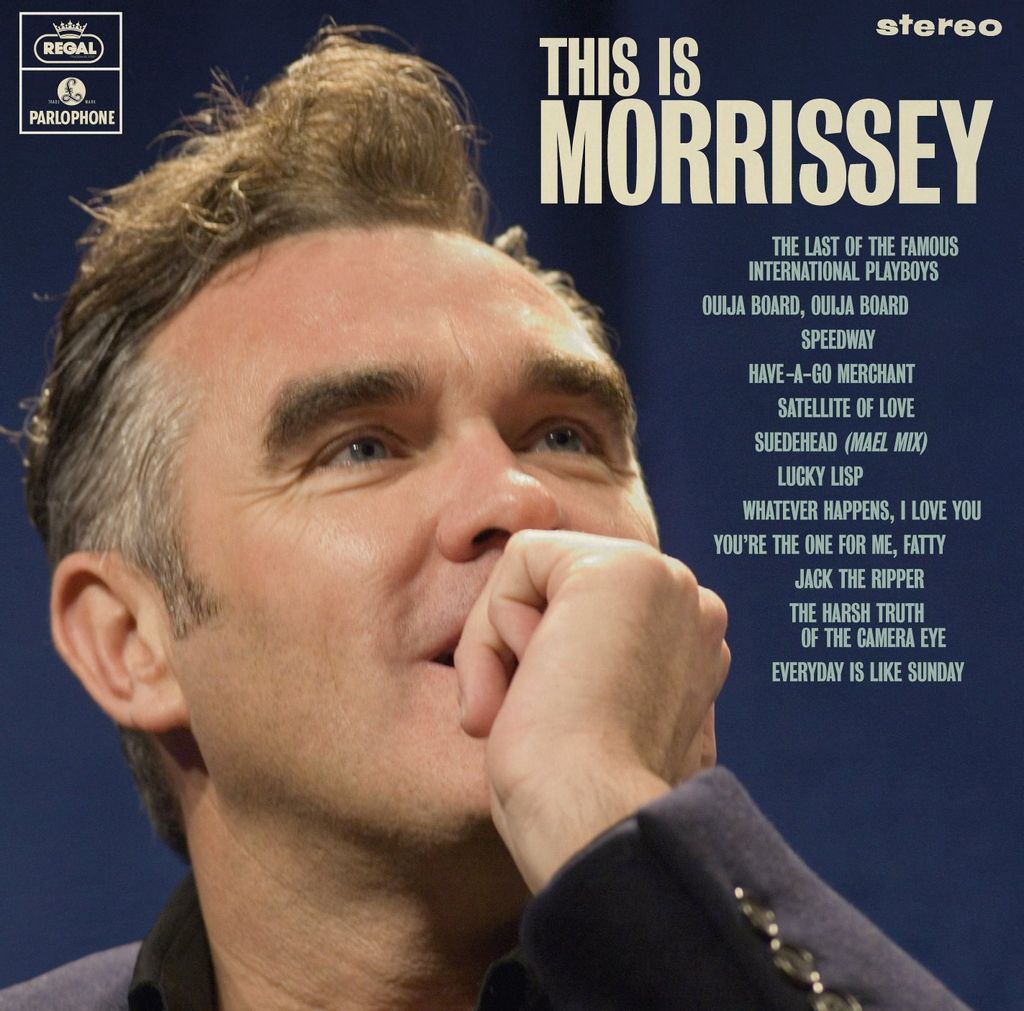 • MORRISEY - This Is Morrisey LP

Morrissey is never one to do things the accustomed way, instead throughout his career he's carved a niche in the musical landscape which only he can occupy. This Is Morrissey. A collection of studio classics, live tracks and the alternative Mael mix of the ever-popular ‘Suedehead', all chosen by the man himself.

The semi-random 12-track selection includes two Record Store Day A-sides (the Mael Mix of Suedehead and the live Satellite of Love) neither of which have been issued on CD before, along with 10 other tracks from albums and singles issued on Parlophone in the late 80s and early 1990s. For some reason, Your The One For Me Fatty is a live version. The vinyl has a bonus track of Angel, Angel Down We Go Together, from Viva Hate.

Morrissey apparently curated this himself, and in a rare interview (with Fiona Dodwell) he described how he made the selection: “It’s difficult to choose because so many of the songs are fantastic. The album is so full of life, and worthy questions, and great choruses, and quite playful. It’s a very underrated catalogue, but perhaps everyone feels this way about their own songs.”