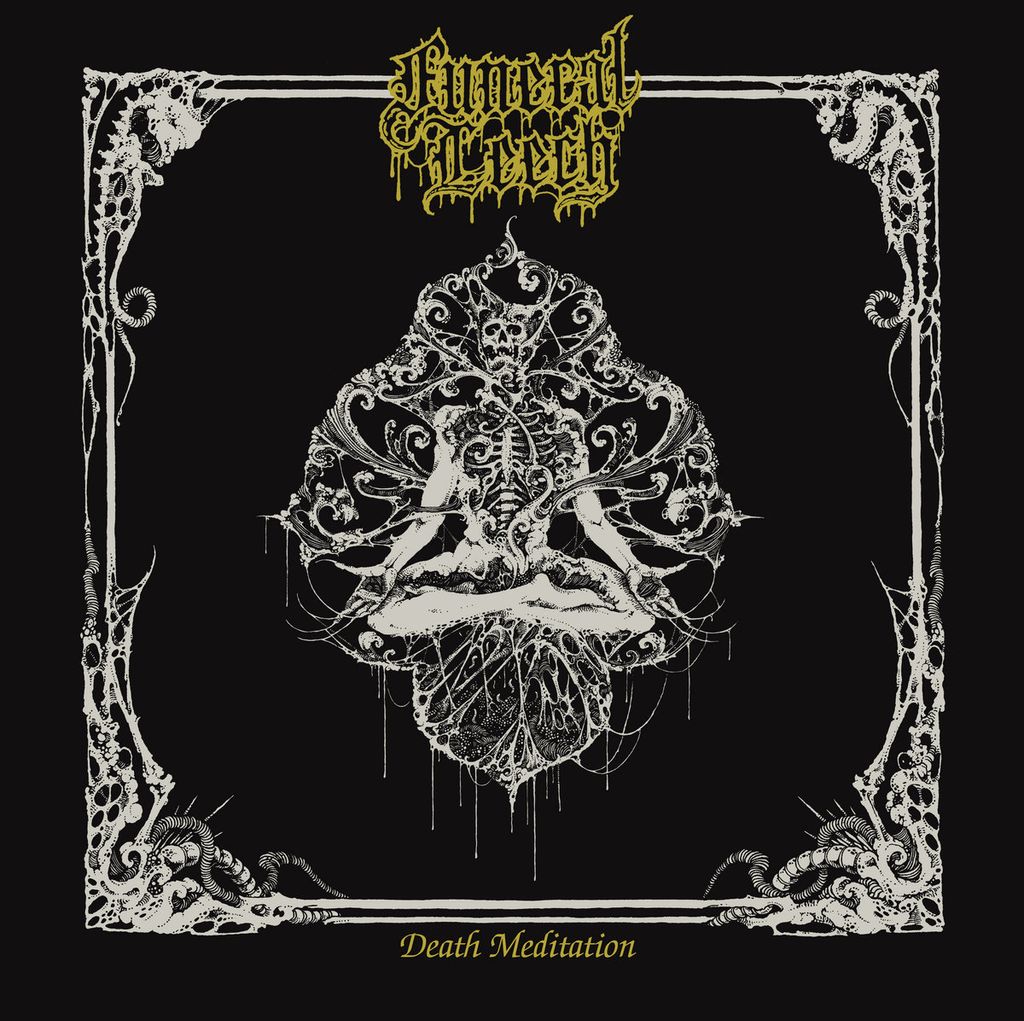 New York-based death/doom new jacks Funeral Leech are the latest edition to Chad Gailey’s Carbonized stable. And, Jesus, does the Necrot/Mortuous/Vastum timekeeper know how to pick ’em. Anyone down with Asphyx’s demo and “lost album” recordings will find much to appreciate in Funeral Leech’s barely-ever-approaching-mid-temp take on early ’90s death/doom. And now you can find all of Funeral Leech’s debut album Death Meditation (out Friday, April 17) streaming below. But first, a word from drummer/vocalist Lucas Anderson about that record.

“Death Meditation is a bleak examination of the ephemerality and absurdity of our existence,” Anderson tells Decibel. “As humans, we fight tooth and nail to delay our end, but to struggle against the tides of death is to spit into the wind of cosmic inevitability. In the shadow of inescapable ruin, peace lies in surrender. Close your eyes, open your mind, and accept that death is a new beginning!”