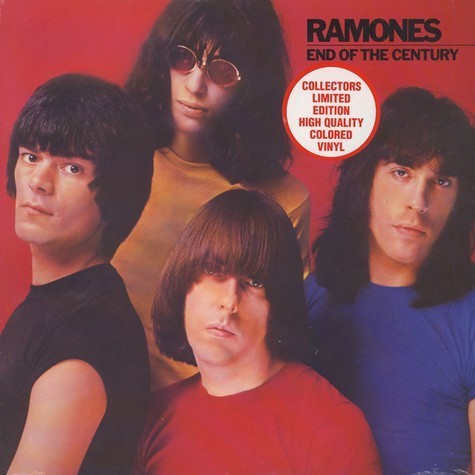 Road to Ruin found the Ramones stretching their signature sound to its limits; even though there were several fine moments, nearly all of them arrived when the group broke free from the suddenly restrictive loud-fast-hard formula of their first records. Considering that the Ramones did desire mainstream success and that they had a deep love for early-'60s pop/rock, it's not surprising that they decided to shake loose the constrictions of their style by making an unabashed pop album, yet it was odd that Phil Spector produced End of the Century, because his painstaking working methods seemingly clashed with the Ramones' instinctual approach. However, the Ramones were always more clever than they appeared, so the matching actually worked better than it could have. Spector's detailed production helped bring "Rock 'n' Roll High School" and "Do You Remember Rock 'n' Roll Radio?" to life, yet it also kept some of the punkier numbers in check. Even so, End of the Century is more enjoyable than its predecessor, since the record has stronger material, and in retrospect, it's one of their better records of the '80s.