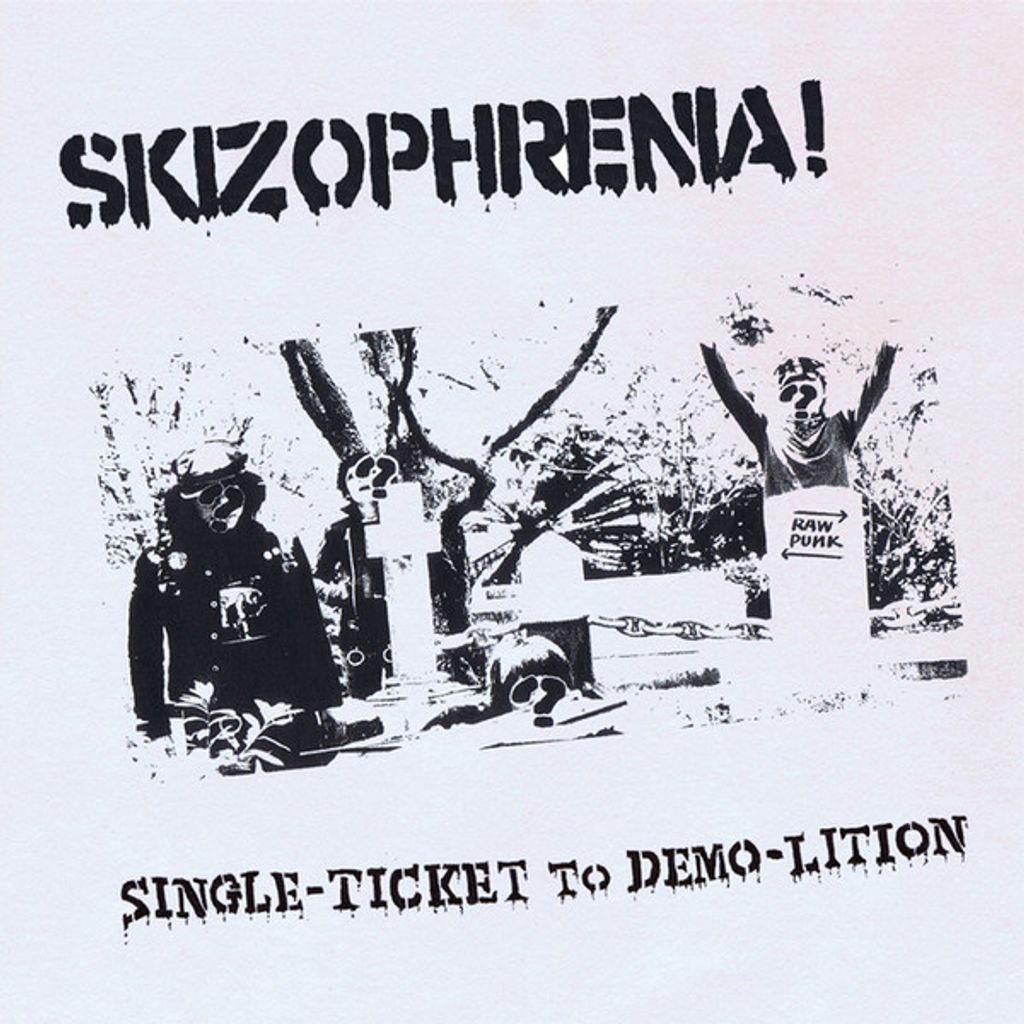 Here comes Skizophrenia! 20 songs discography LP from Tsuyama-city / Okayama-prefecture. It's been already 10 years since their first demo cassette. The LP is the vinyl pressing of the Hardcore Survives released CD out in June 2015. It includes the 1st demo "3 trax demo", the 2nd demo "Freedom land", the 1st EP "Raw punk E.A.T.E.R", the 2nd self-titled EP already released by Kick Rock and Hardcore survives, the 3rd EP "Don't give up", the split EP with Vaaska, and some rare demo tracks to well known sing-a-long songs. All songs are remastered. It's from the past to the future as "RAW PUNK MASTERPIECE"! They've pushed regular local city up to punk paradise, also great influence to so many bands and tour bands from their ideas. One of the biggest punk movement they've done. so The future is always our hands! Released in Europe by Kick Rock, in Japan by Hardcore Survives and in the US by Todo Destruido.