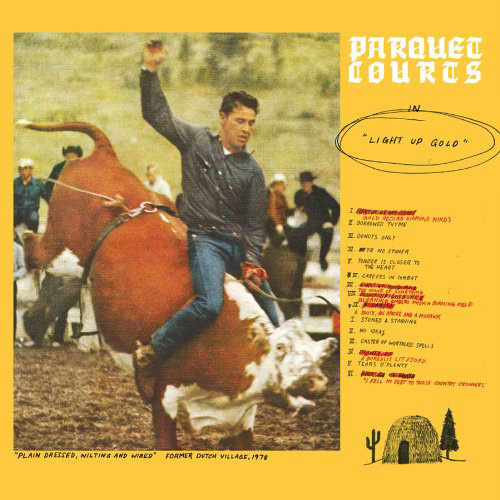 This Brooklyn-based band of former Texans named after the floor on which the Boston Celtics play basketball released their debut album exclusively on cassette in 2011. Despite that willfully limiting strategy, the band found enough of an audience to put out a second record, Light Up Gold, in the summer of 2012, and now What’s Your Rupture has picked up the album and is giving it a more thorough release. The band’s jagged indie-rock sound is mixed with elements of punk and hints of Americana, and is tied together by vocalist Andrew Savage’s sardonic lyrics and oddball delivery.