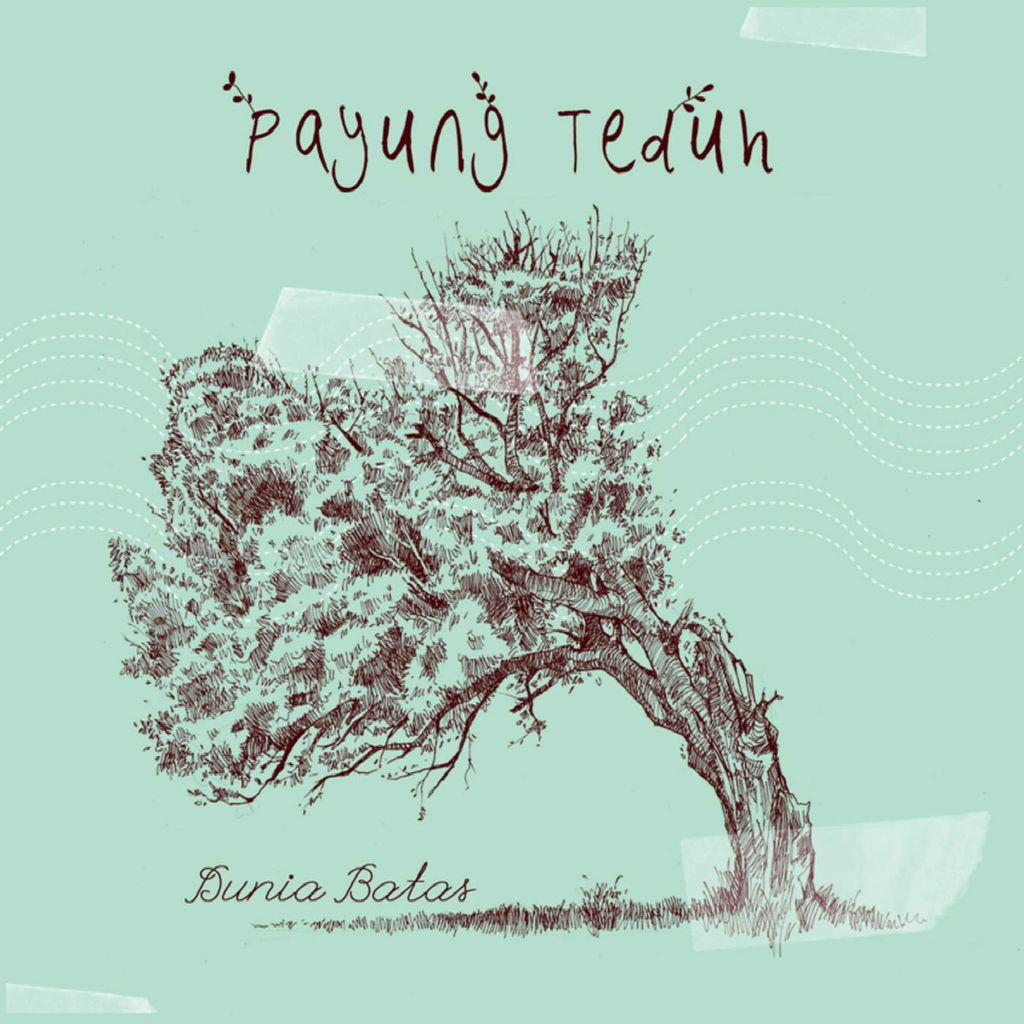 Discographically, this album is Payung Teduh's second album. But really, Dunia Batas is the first studio album because they re-recorded four of the best songs taken from their debut album in 2010 namely, “Berdua Saja”, “Angin Pujaan Hujan”, “Resah” and one of their most well-known song, “Untuk Perempuan Yang Sedang Di Pelukan”. Together with producer Mondo Gascaro they worked on these eight songs with slow tempo, some moderate, bring a sense of gentleness and courtesy. There is an Indonesian frame of the 60s from the keroncong rhythm in the " Angin Pujaan Hujan" the first single from the Dunia Batas which features a deadly solo guitalele. There is a feeling of melody and melody and vocal is soft and charming. And there is a melancholy taste from the set of acoustic guitars, contra bass and cajon, most clearly contained in the intro " Untuk Perempuan Yang Sedang Di Pelukan” especially connected with the deathly lyrics, “Hanya ada sedikit bintang malam ini/Mungkin karena kau sedang cantik-cantiknya”.