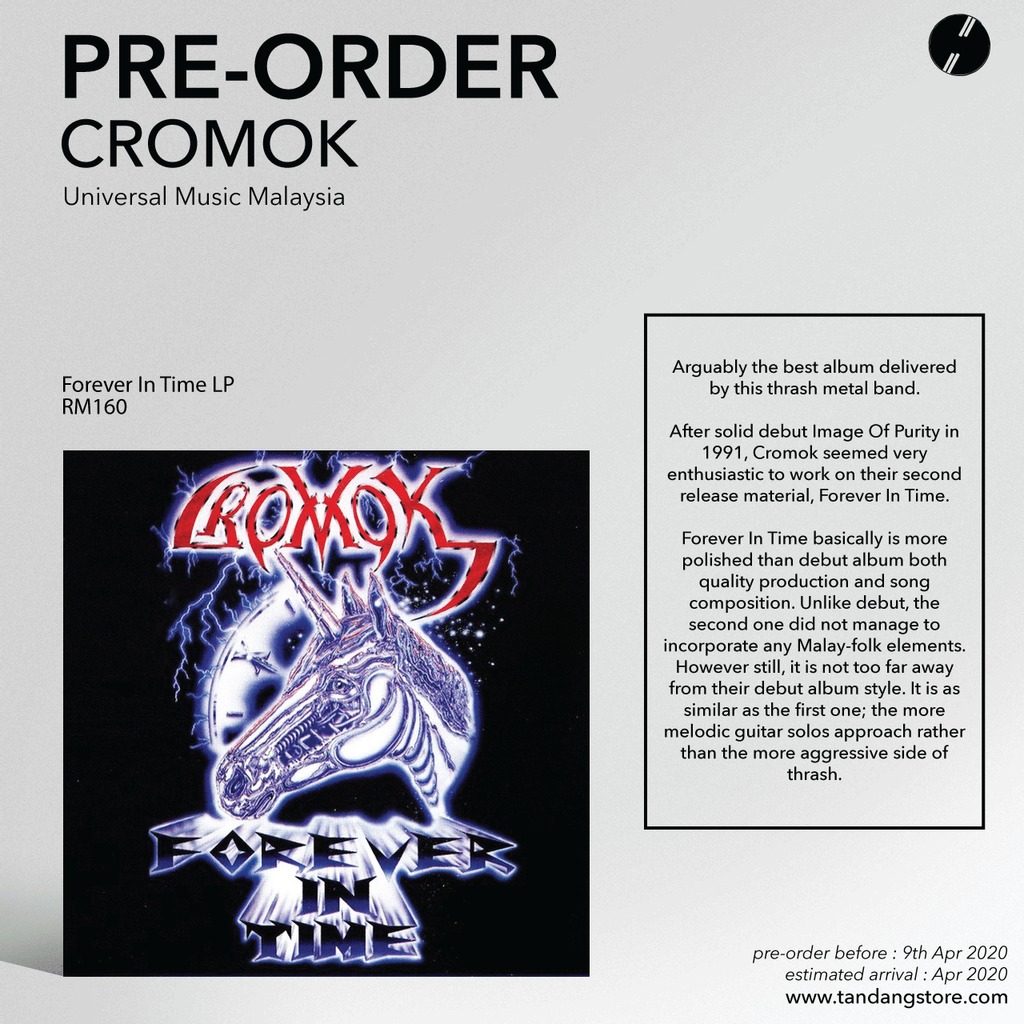 After solid debut Image Of Purity in 1991, Cromok seemed very enthusiastic to work on their second release material, Forever In Time. Although Malaysian underground scenes have not welcomed Image Of Purity with a warmly-hearted due to its incorporation with a few Malay-folk elements, nonetheless Cromok has gotten larger attention from many Malaysian mainstream medias, or even wider-from the neighboring countries such as Singapore, Indonesia, and Thailand.

Forever In Time basically is more polished than debut album both quality production and song composition. Unlike debut, the second one did not manage to incorporate any Malay-folk elements. However still, it is not too far away from their debut album style. It is as similar as the first one; the more melodic guitar solos approach rather than the more aggressive side of thrash.