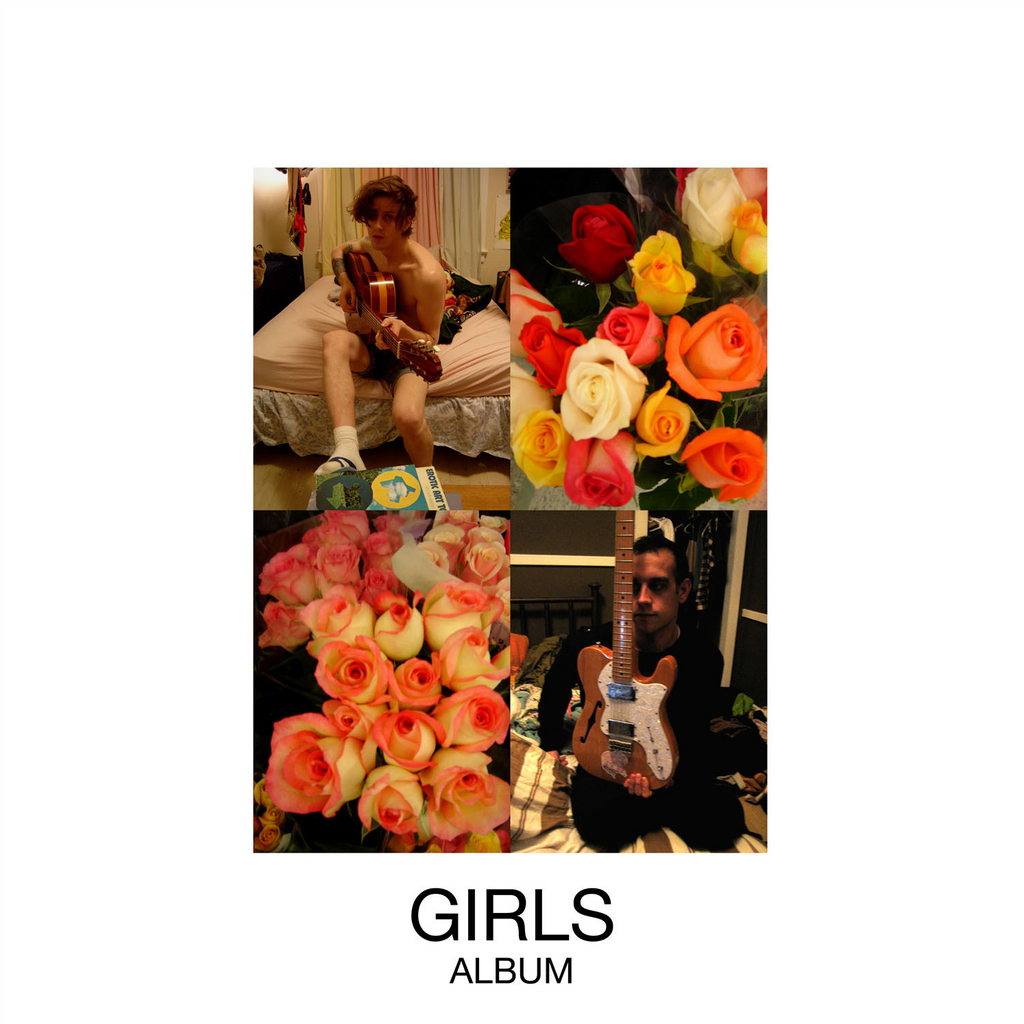 Girls frontman Christopher Owens grew up in the Children of God cult. His older brother died as a baby because the cult didn't believe in medical attention. His dad left. He and his mother lived around the world, and the cult sometimes forced his mother to prostitute herself. As a teenager, Owens fled and lived as a Texas gutter-punk for a while. Then a local millionaire took Owens under his wing, and Owens moved to San Francisco. There, he and Chet "JR" White formed Girls, and recorded Album, their debut album, under the influence of just about every kind of pill they could find.

Initial critical response to Album was extremely positive. At Metacritic, which assigns a normalized rating out of 100 to reviews from mainstream critics, the album has received an average score of 80, based on 22 reviews. Album is mostly sunny Beach Boys pastiche, but it's not the kajillionth indie attempt at orchestral Pet Sounds majesty. Rather, it's simple and forthright early Beach Boys stuff: compact guitar-jangles, sha-la-la harmonies, muffled heartbeat drums. It sounds great. As a whole, everything's relaxed and dreamy, perfectly matching the '70s aesthetic of their videos: washed out with overexposed sun streaks and a Crayola watercolor palette.

The duo combine deceptively simple chords and patterns with hazy walls of feedback, Californian pop melodies, surf guitars and Owens's dozy vocal style – which sounds like he's answering a question you asked him yesterday. The result is glorious.

Album was awarded the fifth spot on Spin magazine's best albums of 2009 list and tenth on Pitchfork's "The Top 50 Albums of 2009" list. Pitchfork also awarded it "Best New Music" upon release.