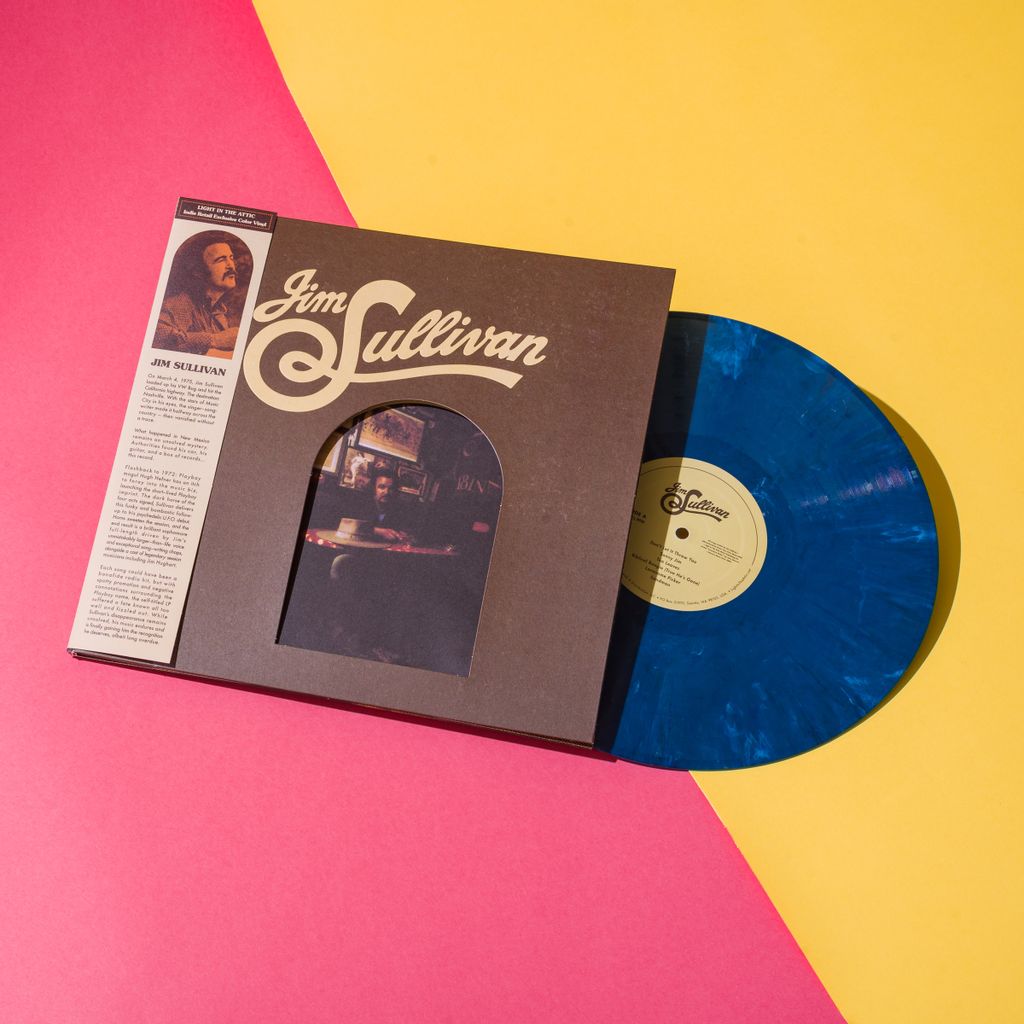 On March 4, 1975, Jim Sullivan mysteriously disappeared outside Santa Rosa, New Mexico. His VW bug was found abandoned, his motel room untouched. Some think he got lost. Some think the mafia bumped him. Some even think he was abducted by aliens.

By coincidence–or perhaps not–Jim’s 1969 debut album was titled U.F.O.. Released in tiny numbers on a private label, it too was truly lost until Light In The Attic Records began a years-long quest to re-release it–and to solve the mystery of Sullivan’s disappearance. Only one of those things happened, and you can guess which…

The self-titled LP was originally released on Playboy mogul Hugh Hefner’s short-lived Playboy imprint. Horns sweeten this funky and bombastic session driven by Jim’s unmistakably larger-than-life voice and exceptional song-writing chops, alongside a cast of legendary session musicians including Jim Hughart. Another LP you’ll rarely see in the wild, it is by no means the poor relation of U.F.O., but rather a big stride into country, folk rock, and swampy blues, mesmerically finger-picked, brass-bedecked, and with that uniqueness of phrasing–part crooner, part jazz singer–that makes Sullivan such a rare performer.

Each song could have been a bonafide radio hit, but with spotty promotion and negative connotations surrounding the Playboy name, the self-titled album suffered a fate known all too well and fizzled out. While Sullivan’s disappearance remains unsolved, his music endures and is finally gaining him the recognition he deserves, albeit long overdue.