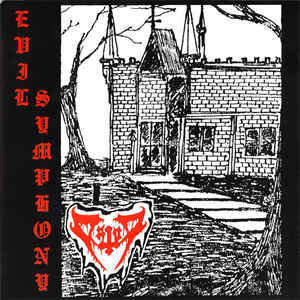 Rator participation in the Malaysian underground scene are undeniable. Evil Symphony, their significantly well cherished demo, originally recorded in 1989 and released in 1990, it's widely known as the very first demo of any given underground metal band in Malaysia. It's rawness, filth, gloomy atmosphere, inhumane shrieking, depressive vocal delays, and white noise are their honest artistry and imperfect aesthetics that truly heartfelt by the it's true fans, despised by it's haters, but respected by all.

It is ancient treasure, a living fossil for us to relook back to the fundamentals that imprint aspects of underground scene in Malaysia. The demo was considered a cult release and was reissued in 7' vinyl previously.