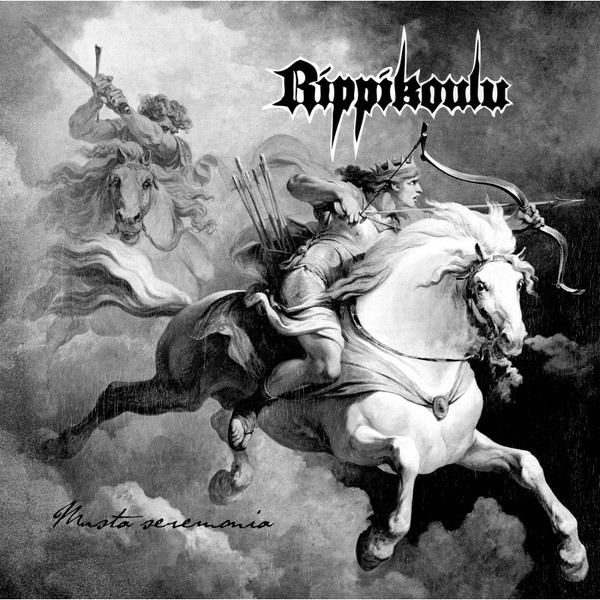 This album is one of the best kept secrets in the Finnish underground metal scene. It is also the very first death metal recording with lyrics spat out in the Finnish language. Rippikoulu began their musical endeavours back in the late eighties, and like so many of their contemporaries, evolved from primitive punk noise to death metal. However, while many bands played death metal with groovy riffing and overall headbanging attitude, Rippikoulu's choice of style was darker. Their downtuned metal is bleak and nearly unbearably heavy in its execution, dark and soul-searching in its themes, intertwining faster bursts of chaos with slow, doomy passages. Rippikoulu released the Musta Seremonia demo album on tape in 1993 and then disappeared. They never gained much popularity in their time, but their legacy has steadily grown in time. Countless metal fans worldwide have adored their shoddy bootleg copies of the Musta Seremonia tape - now the stars are finally right for a legitimate re-release. The album has been remastered from the original DAT master tape, cleaned up and amplified