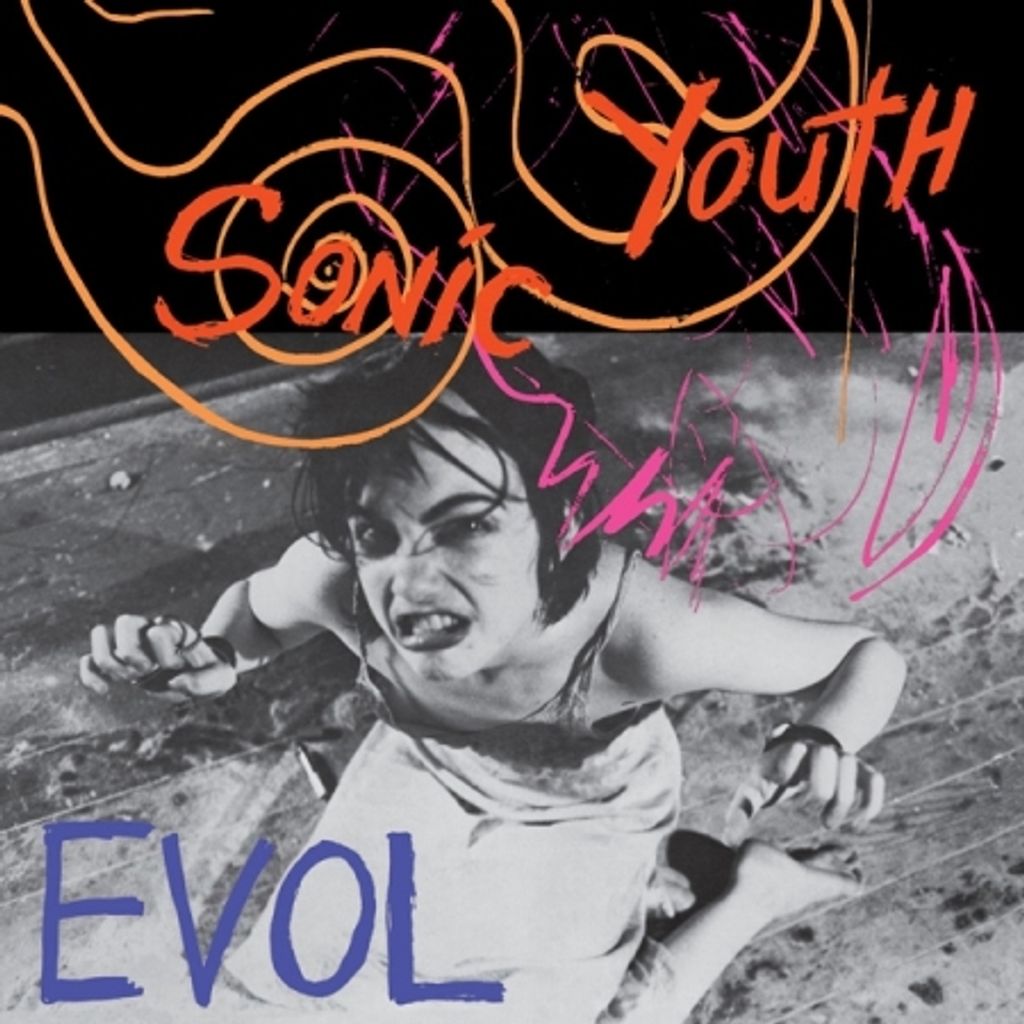 BACK IN STOCK!!!  The third studio album by Sonic Youth, originally released in May 1986 on SST Records, shows the first signs that the band was ready to transform their no wave past into a greater alternative rock sensibility. “EVOL … mark[s] the true departure point of Sonic Youth’s musical evolution,” says Pitchfork, who place the album in the #31 slot of their Top 100 Albums of The 1980s. “In measured increments, Thurston Moore and Lee Ranaldo … bring form to the formless, tune to the tuneless, and with the help of Steve Shelley’s drums…, [impose] melody and composition on their trademark dissonance.”

Stereogum likewise praises the album as one that is “full of suspense…, the cornerstone [of] the Sonic Youth sound…, ground zero for the combination of chiming guitars and atonal skronk… [and] muggy delirium…. The virile ‘Tom Violence’ sounds less written than coaxed from a cauldron, the sort of song that fogs windows. The off-kilter [droning love song] ‘Starpower’ … is sung [by Kim Gordon] in a frosty [Nico-evoking] monotone. ‘In The Kingdom #19,’ featuring Mike Watt on bass and … vocals [by Ranaldo]…, is a harrowing story of a highway wreck over a suitably edgy instrumental backing punctuated by … live firecrackers into the vocal booth.”

“EVOL slithers into the unconscious,” notes Popstache. “Once the [detuned melodies and haunting riffs and] final whispers of feedback [of ‘Expressway to Yr. Skull’] depart from the speakers…, the music [leaves] a faded footprint, forever reeling the listener back for another strange trip.”