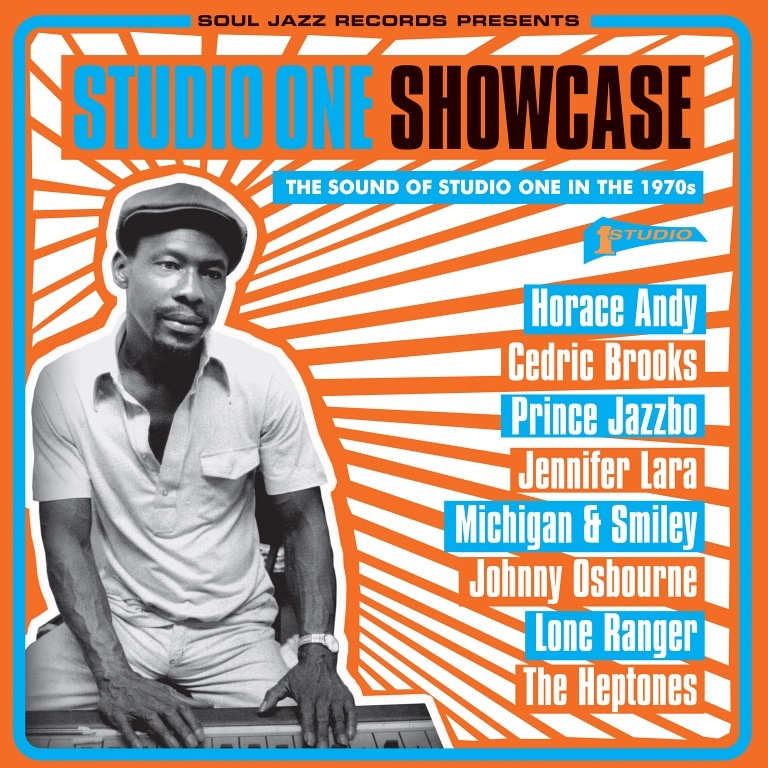 Studio One Showcase brings together a new fine selection of classic tracks from Horace Andy, Freddy McGregor, Johnny Osbourne, Lone Ranger, Sugar Minott, The Heptones, Wailing Souls and other seminal reggae artists all recorded at Studio One in the 1970s.
By the start of the 1970s, Clement Dodd’s Studio One record label was at a crossroads. The previous two decades had given the producer and record label more success than most aspired to in a lifetime. From the mid-1950s on, the Downbeat Soundsystem had conquered all opponents – from Duke Reid to Prince Buster – and shaped and led the musical landscape of the dancehall. In the 1960s, the establishment of Studio One Records at 13 Brentford Road in Kingston, Jamaica, had led to a Ford Motors-esque production line of hits that similarly defined reggae music.
But the 1970s was to prove Clement ‘Sir Coxsone’ Dodd’s most challenging and yet ultimately the most creative decade of all. Like the most zealous and resourceful of pioneers, Studio One was about to embark on a stunning era of reinvention, adaptation, stripping down and versioning, each step of which marked new musical developments in reggae music – roots reggae, deejay, dancehall, rub a dub and more.
This album presents an overview of this exciting and ground-breaking decade of the 1970s at Studio One, during an era where, despite challenges from new producers, political turmoil, and almost constant musical and technological innovations in reggae, Clement ‘Sir Coxsone’ Dodd was able to maintain his position as the pioneering leader in reggae music, and to maintain Studio One is the number one sound in reggae music. Always.