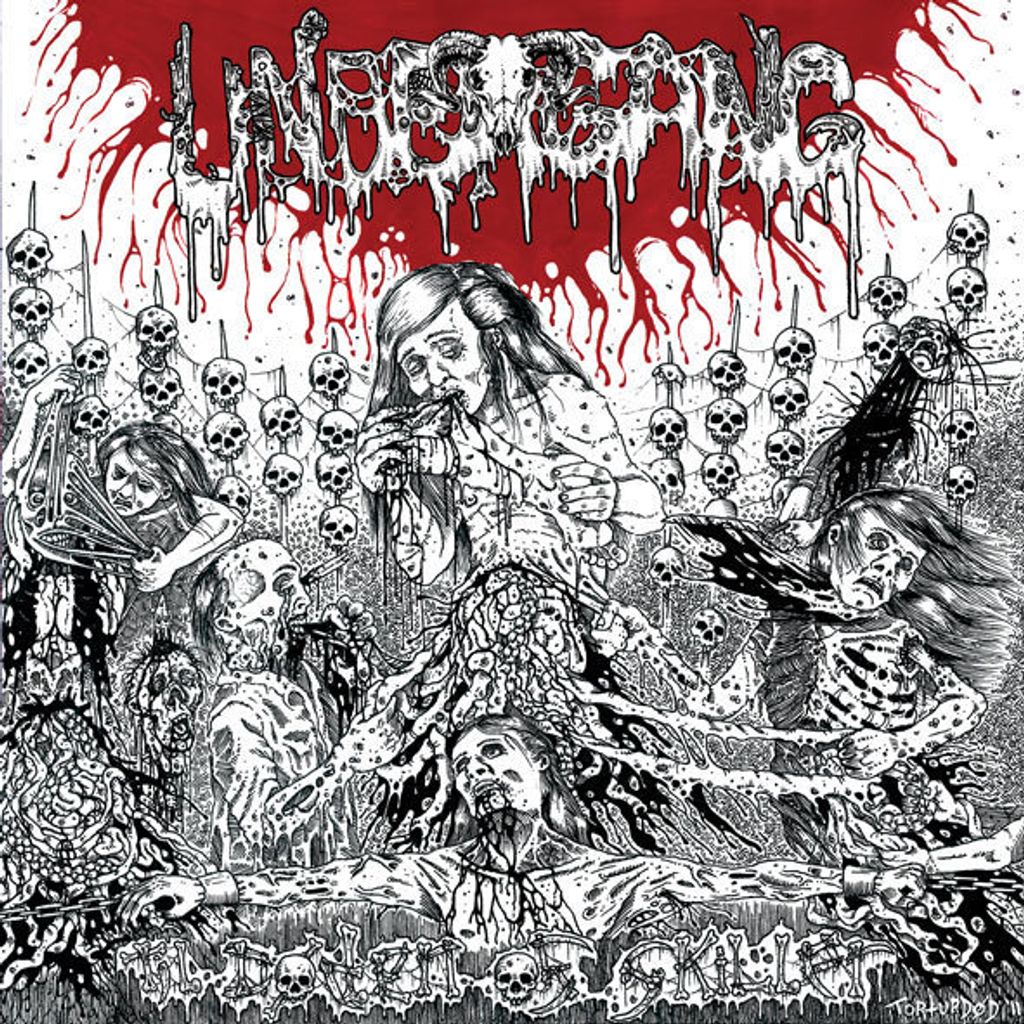 Two years after their excellent debut album, "Indhentet Af Døden", the Danish outfit comes up with their sophomore effort, "Til Døden Os Skiller". And it is another great addition to their discography. UNDERGANG hasn't really changed their formula for this album. In my opinion, they take late 80s Death Metal as their base and mix in huge amounts of British Crust à la DOOM and an evil atmosphere to create a groovy, yet heavy as hell Metal! They have stuck to the raw, kind of noisy production that fits their style perfectly. The mix is well balanced, even though the drums sometimes are a bit loud, but the guitar and bass tones are so thick that the result is crushing. Vocal wise, David Torturdød, who also handles guitars, has a deep growl reminiscent of John Tardy. The other 2 members, Ondsind (bass) and Anders Dödshjælp (drums) keep the furious groove interesting and tight. Even though UNDERGANG is a young band formed in 2008 (from the ashes of another Danish band, REALM OF CHAOS), their career so far is great and "Til Døden Os Skiller" just proves that good ol' Death Metal, done the right way, is still out there. One just needs to search deep into the underground and find it. Totally and absolutely recommended, so go ahead and support a great band. UNDERGANG deserves it!