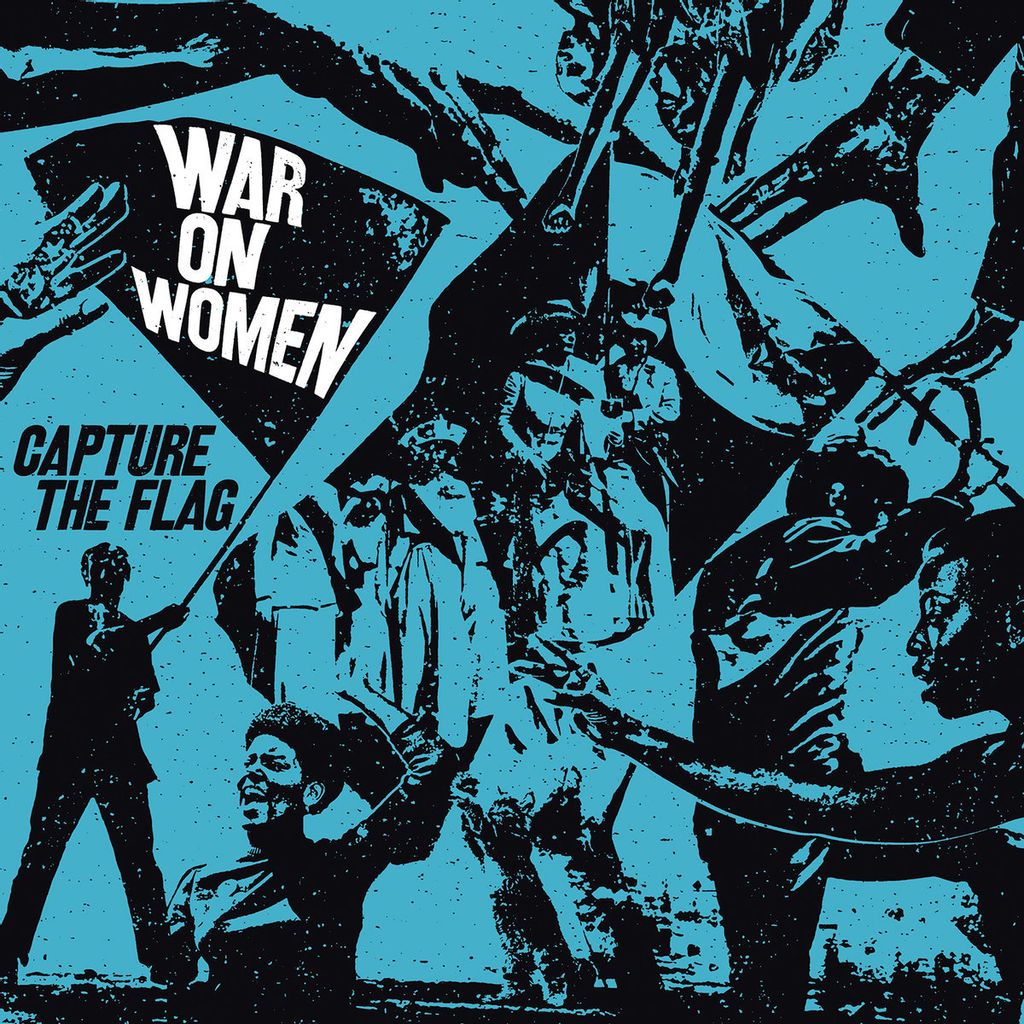 Baltimore’s War On Women were born screaming—at the world, at the status quo, in the face of oppression. The band’s forthcoming album Capture The Flag calcifies that rage, and no one in its wake is safe. Much more than a collection of songs or sonic experiment, Capture The Flag is a call to action that cannot be ignored.

Riff-fueled manifestos are nothing new for War On Women. The co-ed feminist punk troupe has been tackling injustice one song at a time since their 2010 inception. Storming out the gate with teeth gnashing and spitting venom, War On Women’s self-titled 2015 debut crossbred riot grrrl ferocity with the nimble aggression of thrash. Hailed for their crystalline jabs at societal ills, War On Women prove that hardcore can incite change that ripples far beyond the parameters of the stage.

With hundreds of shows and years of activism behind them, Capture The Flag finds War On Women more dogged than ever. Taking shape over the course of summer 2017, the band’s sophomore effort delves into injustices at both the macro and micro levels. Religious subjugation, gun violence, armchair activists, gender orgasm gap, female genital mutilation, the fetishization of motherhood, and toxic relationships—no breed of oppression defies War On Women’s purview. Recorded with J Robbins in Magpie Cage Recording Studio, Capture The Flag finds the band in their sonic wheelhouse, wedged somewhere between rebellious and rousing.

Enlisting the talents of their activist predecessors (Kathleen Hanna), glass ceiling shattering contemporaries (Joanna Angel), and own family (Brooks’s daughter Eva), Capture The Flag is a composite character of one of hardcore’s most riling bands. Ceding the gang vocals that peppered their debut album, War On Women opted to cultivate the singular voices of women who have devoted their lives to riling against the powers that be. The result is a crucible of discontent that will inspire as much as it will incense.