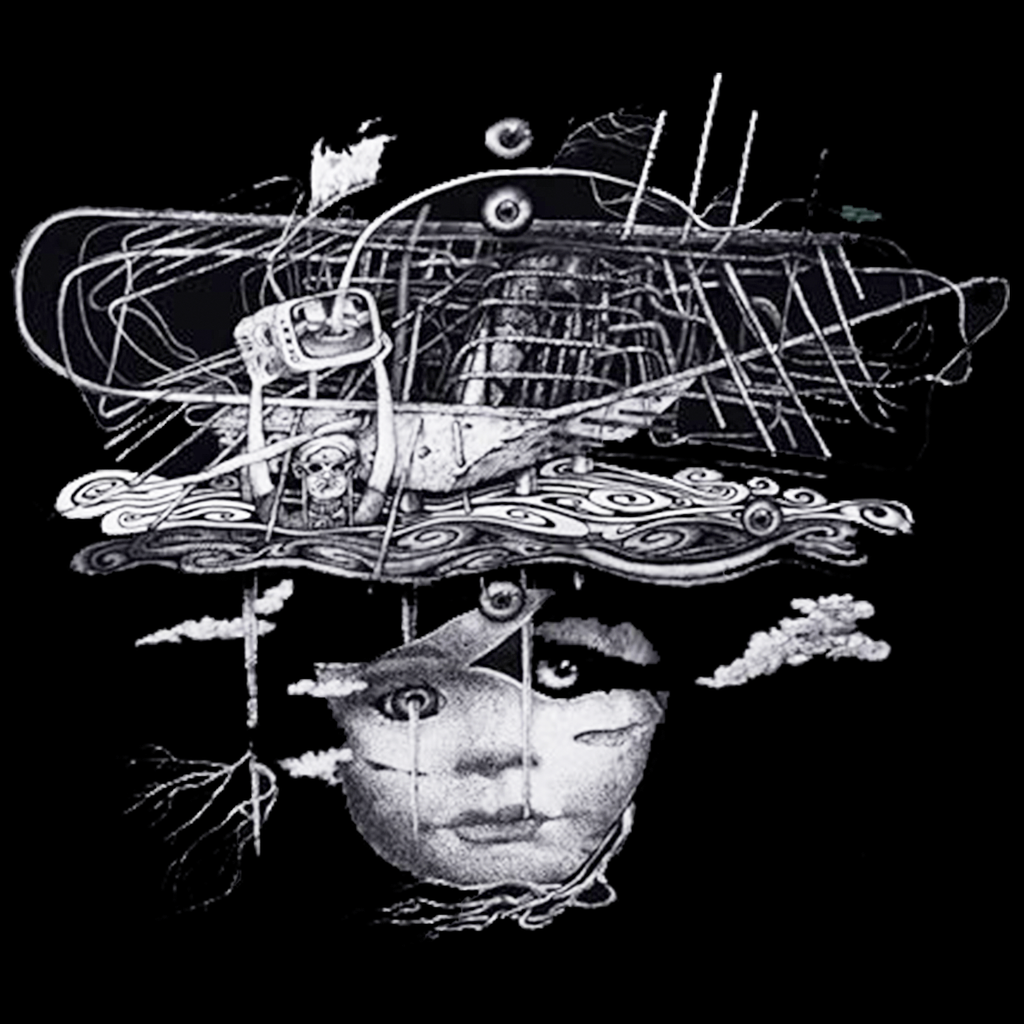 
With this release (and tons of experience and DIY network) bonded these two experimental artists, out of the many from the Southeast Asian flourishing improvised/experimental scene, the two sonic figureheads found more reason to tour together, which they did for few shows recently.

Wukir Suryadi, one half of infamous Indonesian duo Senyawa has been involved in the improvised music, noise and experimental scene for more than a decade now, inventing and building new instruments, he then creates a form of improvised music that blends distorted sounds with classical Indonesian music influences and repetitive sequences that now and then remind of doom and industrial music. His track in this cassette, the astonishing 33 minutes - Industrial Mutant was recorded live in August 2019 at Semeru Alt Space.

Dharma, best known as the former guitarist of Singapore out-rock group The Observatory, Dharma was with the band for the first 7 albums. His initial approach stems from guitar experimentations with effects and later on incorporating objects to bring it to a grittier, mystical and industrial-esque sonic dimension. Dharma’s solo practice, which came to fore with his 2013 solo debut, Intergranular Space, has opened up new vistas for his guitar work. Using prepared and extended techniques, his guitar no longer just plays notes and chords, but conjures forth colours, textures and even beats. His track in this cassette, the remarkable 3 segments - The Resistance was self-recorded in September 2019.