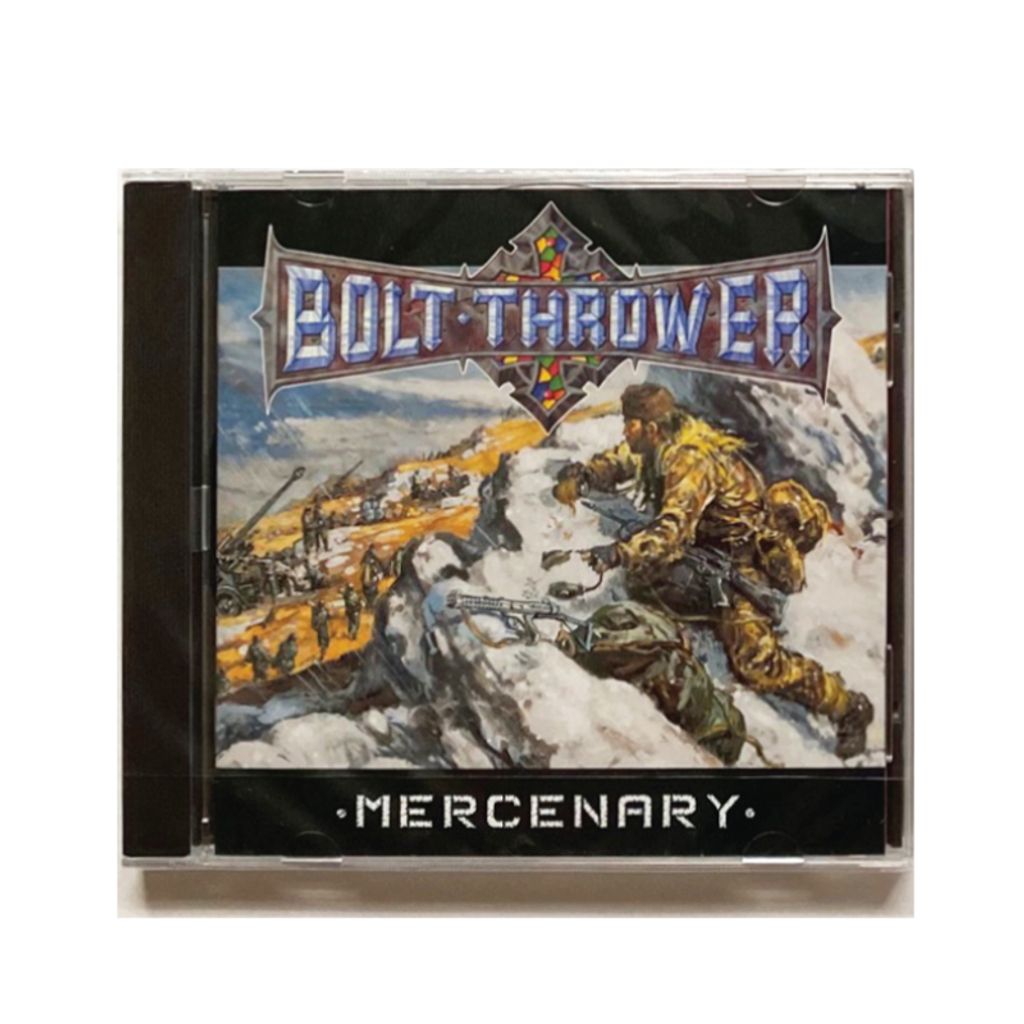 Mercenary is the sixth album by the British death metal band Bolt Thrower. It was recorded at Chapel Studios, Lincoln, England, December 1997 to January 1998. The album was produced by Bolt Thrower and Ewan Davis. It was released on Metal Blade Records in 1998. The cover painting is titled "Contact – Wait Out," which is also the first track on the next album, "Honour – Valour – Pride." "Powder Burns" is a continuation of the song "Embers" from The IVth Crusade, and leads into "The Killchain" on Those Once Loyal.