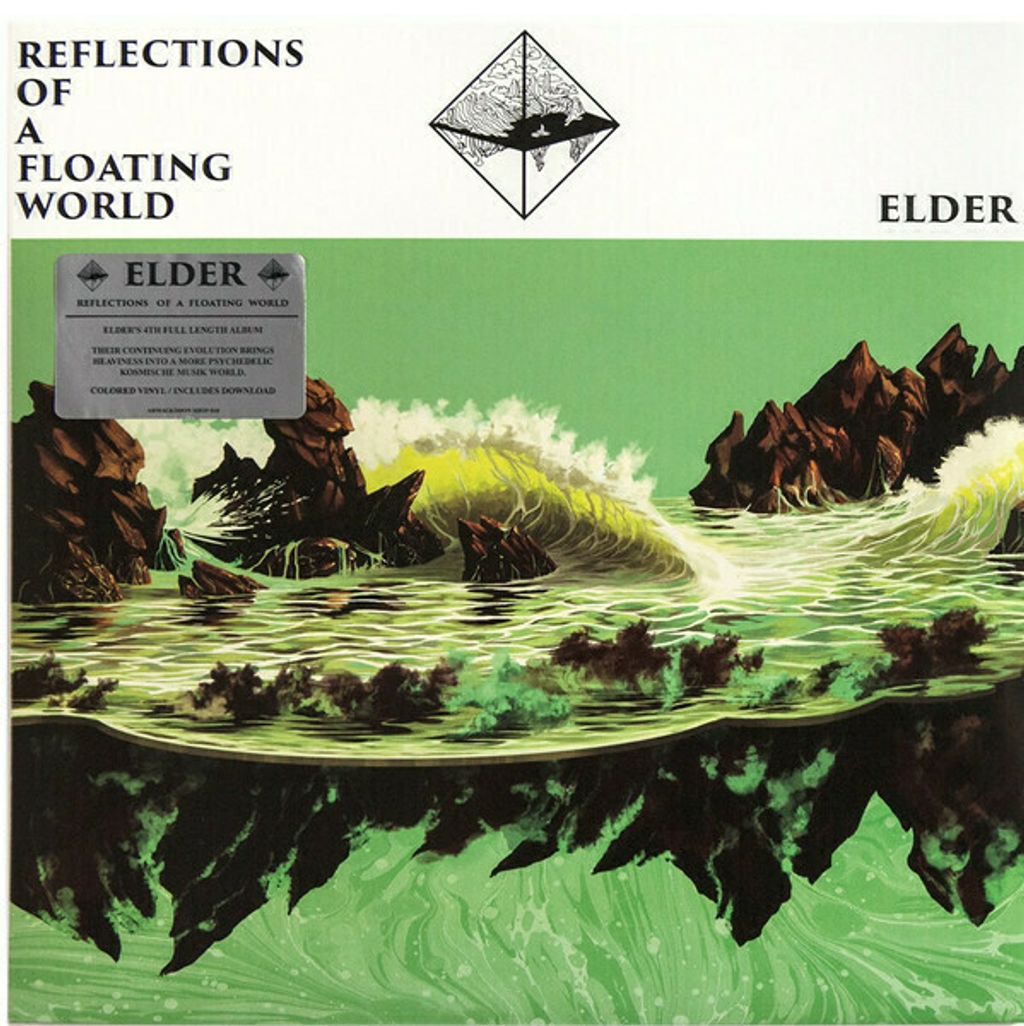 Clear with rainbow splatter limited edition Tee Pee Records/band exclusive.
Band members and friends Nick DiSalvo, Jack Donovan and Matt Couto already dismissed any last remains of stoner metal sterotypes on "Lore" (2015). Their current album, which was written following the long and acclaimed Lore tour in moments ofintense creativity, is a journey into prog rock and psychedelic worlds. Six monumetal songs, huge in sound, each of them their own cosmic expedition. What begins as driving mid-tempo rock filled with heavy guitar riffs repeatedly erupts into melodic tangents and clever variations. The high demands that DiSalvo places on his own songwriting seem to become more unfettered from minute to minute - as does the pleasure of listening to him. Guest musicians Micheal Samos and Mike Risberg have added additional guitars, pedal steel and keyboards to the trio, making Elder's sound more voluminous than ever, and the influences found here range from 70s Prog dinosaurs such as YES, KING CRIMSON, PINK FLOYD to their kindred spirits in the European Pyschedelic and space rock scene. And it is of course a cliche, but Elder bring their own organism to life from all these influences.