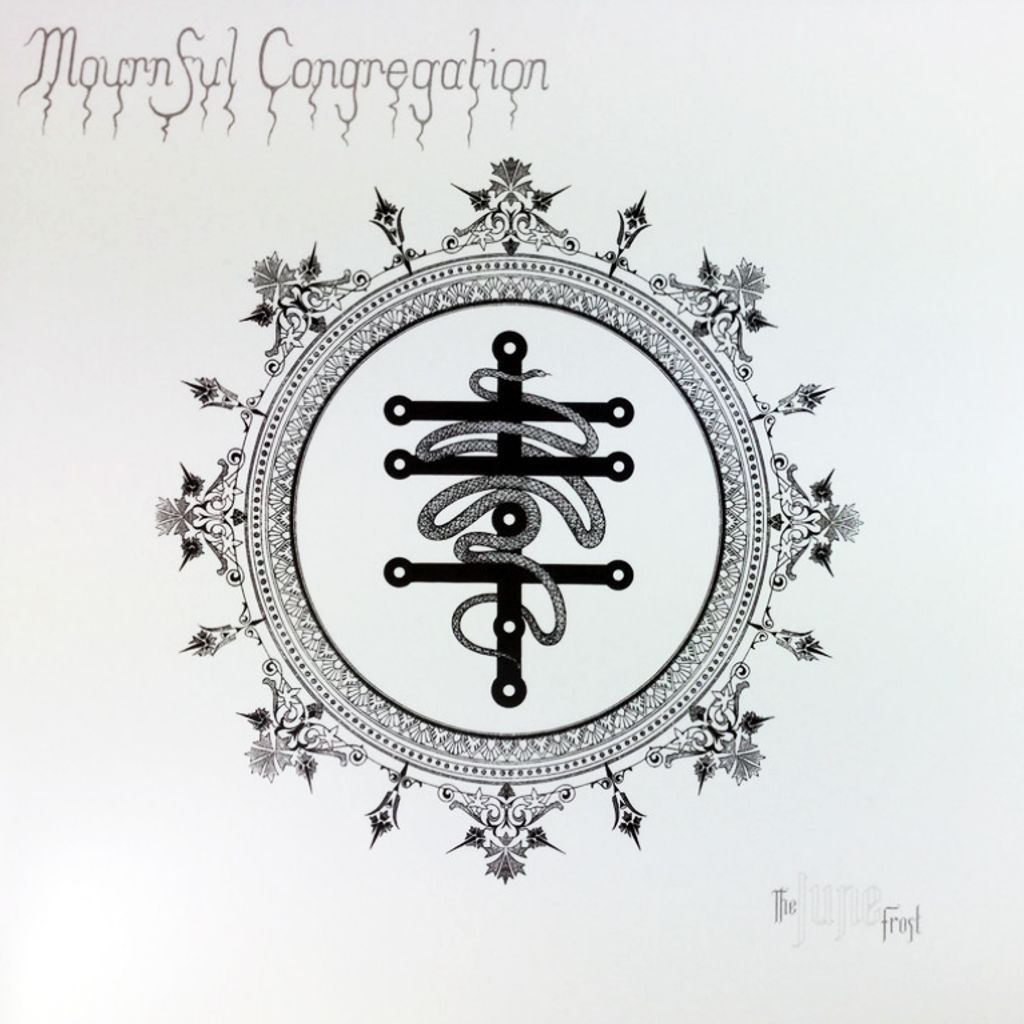 ***NOW AVAILABLE ON VINYL AFTER BEING OUT OF PRINT FOR MORE THAN TEN YEARS!!! With their third full-length, 2009’s The June Frost (referring to the Winter season in the band’s home of Australia, of course), Mournful Congregation finally secured a proper North American release on the small Enucleation Records label. And though this helped to increase the band’s status in the States, the label unfortunately ceased to operate not long after the album came out and Mournful Congregation were once again without support—until joining forces with 20 Buck Spin in 2011.
Thankfully, the quality of material on The June Frost—another eight tracks of freezing white, solemn and progressive funereal doom—achieved the first real accolades for the band from the wider metal press. Consisting of four primary extended songs and four shorter instrumental passages in between, it echoes elements of the earliest Anathema recordings in terms of both heaviness and heartbreak. Plenty of acoustic passages, drawn-out single notes and creative arranging make Mournful’s refined, classical sound the epitome of the genre, leading up to their 2011 masterpiece The Book of Kings.
The June Frost is finally back in print as part of 20 Buck Spin’s series of Mournful Congregation back-catalog pressings.