Punishment Park by Big Cheese Big Cheese have established themselves firmly in the UK hardcore scene, after releasing the Sports Day Demo in 2016, followed">
Cart: 0
Cart 0 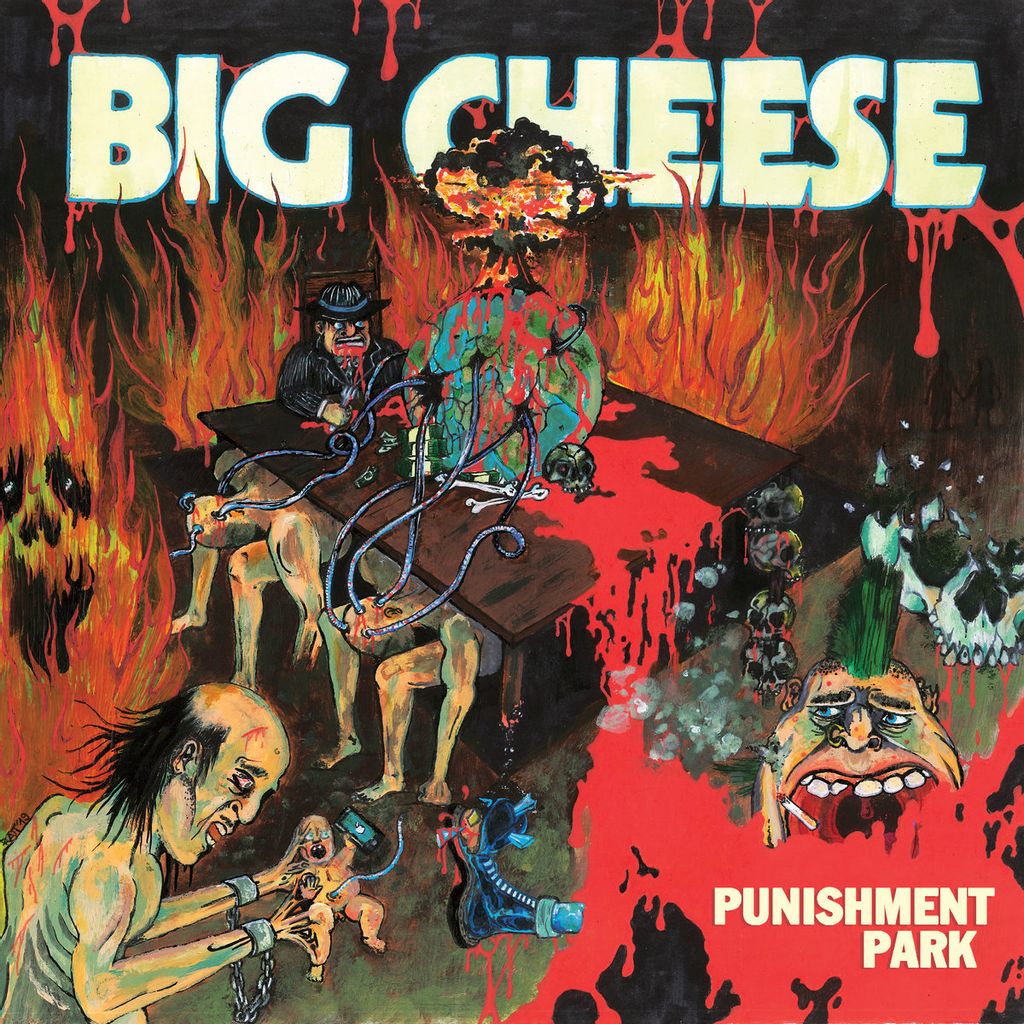 Big Cheese have established themselves firmly in the UK hardcore scene, after releasing the Sports Day Demo in 2016, followed by the phenomenally received ‘Aggravated Mopery’ 7”, as well as a New Wave of British Hardcore FM live tape and Discography 12”. They have developed a signature approach to hardcore that skilfully ties together complex rhythms and melodies into catchy and memorable songs with a powerful intensity, inspired by late 80s inspired NYHC ala Rest in Pieces and NWOBHM. Not only that, but after touring Europe twice, and the USA, as well as doing a UK stint with Turnstile, Big Cheese have shown themselves to be one of the most devastating hardcore live bands on the planet right now.

A well-oiled machine, Big Cheese present to you their trailblazing debut full-length, ‘Punishment Park’, which nods to sounds from the Demo and 7” but pushes the boat out even further, incorporating thrashier riffs and hard rock licks akin to Motörhead. You can feel the power as soon as opener Pennine Scrubs hits, taking you on a journey through unpredictable riff after atomic bomb inducing breakdown. There is no room to breathe here.

‘Punishment Park’ is a homage to the 1971 film of the same name, which is referenced in the title track and ‘Tired Children in D Minor’, a haunting piano piece. The LP also touches on sociopolitical themes and a gallery of characters conjured up from the depths of vocalist Razor’s nightmares. Nicky Rat brings these thoughts to visual life in the painted front cover, an almost Chapman Brothers-esque dystopia of greed and consumption in a digital world.

Recorded by NWOBHC studio legend James Atkinson at the Stationhouse, mixed by Jonah Falco (Fucked Up, Game, Career Suicide), and mastered by Will Killingsworth at Dead Air, this production trio have created the perfect recipe for the Loudest Cheese in Town to be heard clear across the Pennines and beyond.

Don’t miss a show, add this record to your collection, and ‘don’t forget to tell the world’.