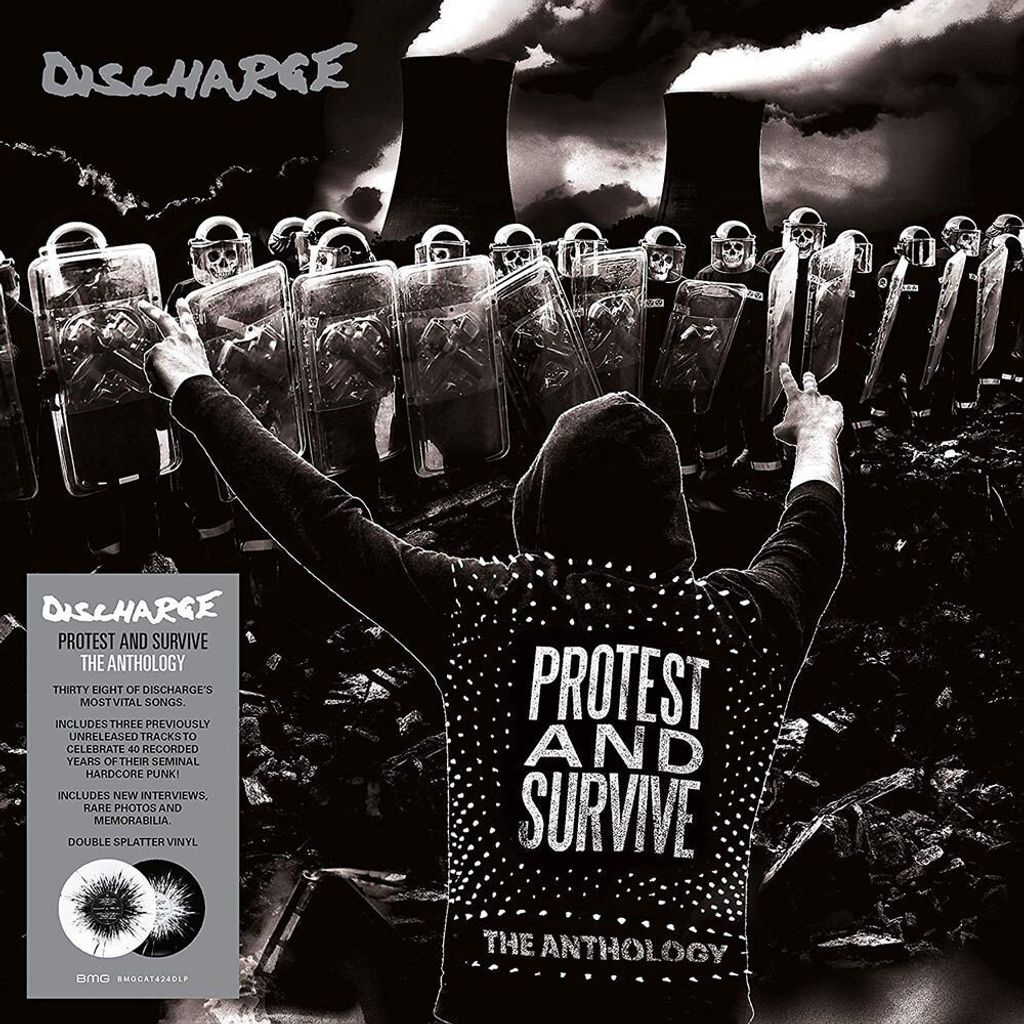 Celebrating 40 years since the release of their debut single in 1980, British hardcore punk band Discharge are surviving pioneers of the subgenre they invented; D-beat. Having had a worldwide influence on both extreme metal and punk with their uncompromising, raw sound over the last 40 years, Discharge’s political message is now relevant more than ever. Still performing globally in clubs and at festivals, the quintet are heralded as one of the godfathers of the political and anarcho punk scenes. Heavily championed by John Peel in their early years, they clocked up several chart singles and albums. They went on to influence metal bands like Metallica and Celtic Frost, as well as punk acts like Rancid. •Debut single ‘Realities Of War’ peaked at 5 in the UK indie chart and remained there for 44 weeks in 1980. •Their EP ‘ Why?’ reached 1 in the UK indie chart in 1981. •Debut album ‘Hear Nothing, See Nothing, Say Nothing’ reached 2 in the UK indie chart and 40 in the national chart.