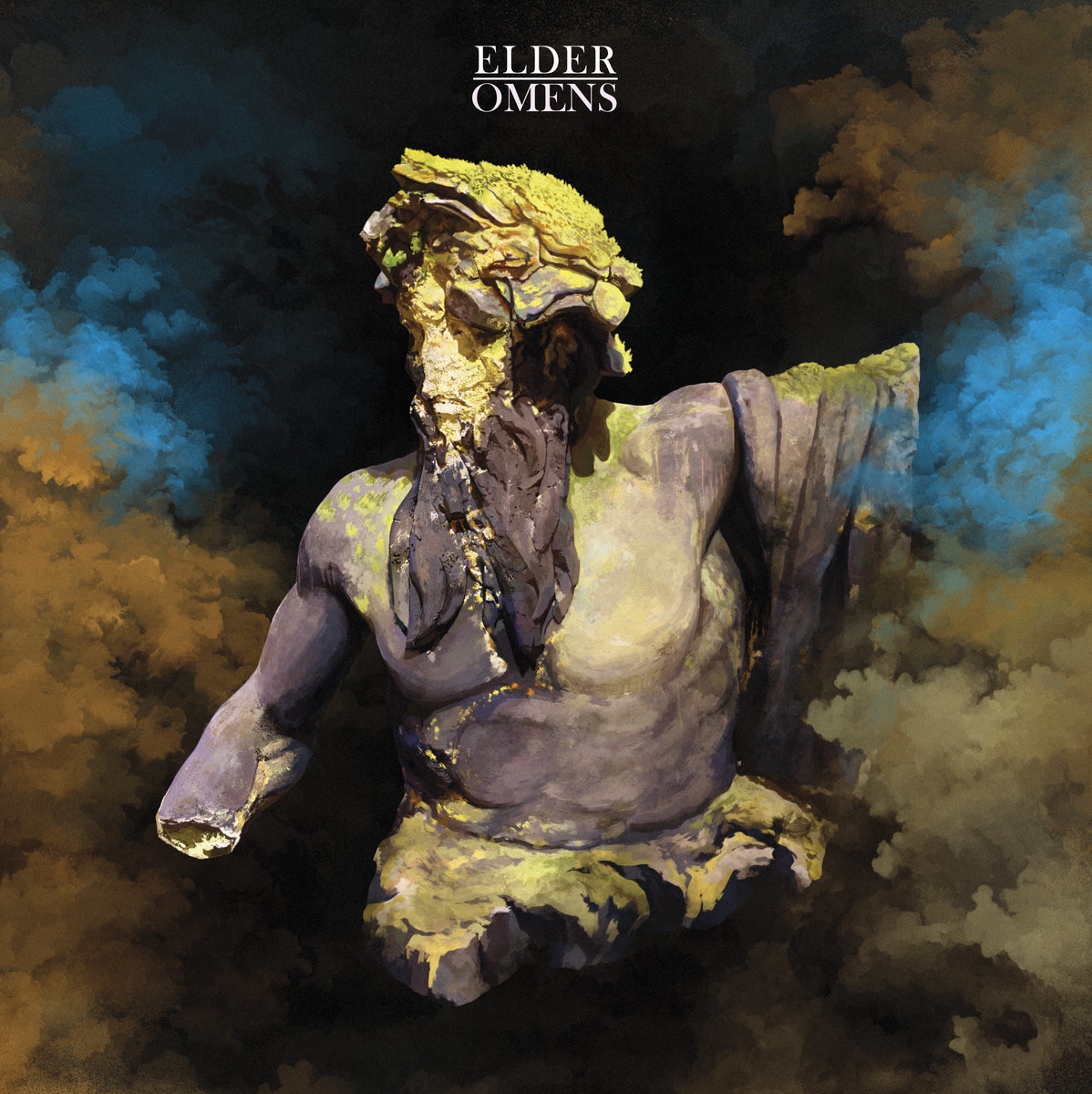 In the last dozen years, Elder has stepped out of the shadows of their peers in the heavy rock underground to emerge a unique voice, delivering album after album of almost unparalleled consistency and creativity. Omens, the band's fifth full-length record, is the newest pillar in the construction of their own musical universe. With it, Elder further embrace experimentation in their brand of progressive psychedelic rock in which atmosphere, melody and structure are created and transformed again and again.

Following 2017's Reflections of a Floating World and the 2019 experimental EP The Gold & Silver Sessions, it was anyone's guess what the band's next full-length might have in store. Having cemented their own sound – a dense yet lucid brand of heavy rock full of unexpected flourishes and progressive jaunts - the latter EP showcased an exact opposite side of Elder, more rooted in sparse krautrock and even jazz-tinged jams. Omens answers this speculation with a contradiction that embodies the spirit of Elder: somehow, there's even more everything.
In five cinematic songs, lush, intricately interwoven melodies grow and dissolve into spaced-out jams. Massive riffs thunder down into a churning sea of psychedelic sounds and unpredictable grooves carry away the listener. Elder paints pictures with their music, and Omens shows the band experimenting with an even more colorful palette – with good reason. After thirteen years, this is the first full-length recorded with a new lineup including guitarist Michael Risberg and new drummer Georg Edert, along with guest performances by Fabio Cuomo on Rhodes piano and synthesizers.
This is music for a vacation from reality – or to lose oneself in another world. And yet Omens is not purely an exercise in escapism, but also reflects the increasingly bleak, confusing and antagonistic times in which it was written. Composed as a concept album spanning the lifespan of a civilization, the album also reads as a commentary on our own society hell-bent on profitability at the expense of our own lives and environment.

Omens was recorded and mixed at Black Box Studios in France with engineer Peter Deimel (Shellac, dEUS, Motorpsycho) and mastered by Carl Saff in Chicago. The result is an album that is rich, warm and dynamic, presenting the many layers of Elder's complex sound clearly and offering new discoveries with every listen.