HATRED by Friendship Always standing out as a total absurdity, Friendship have toured Japan with the likes of Endon, Boris, Primitive Man, The Body, Full of Hell et">
Cart: 0
Cart 0 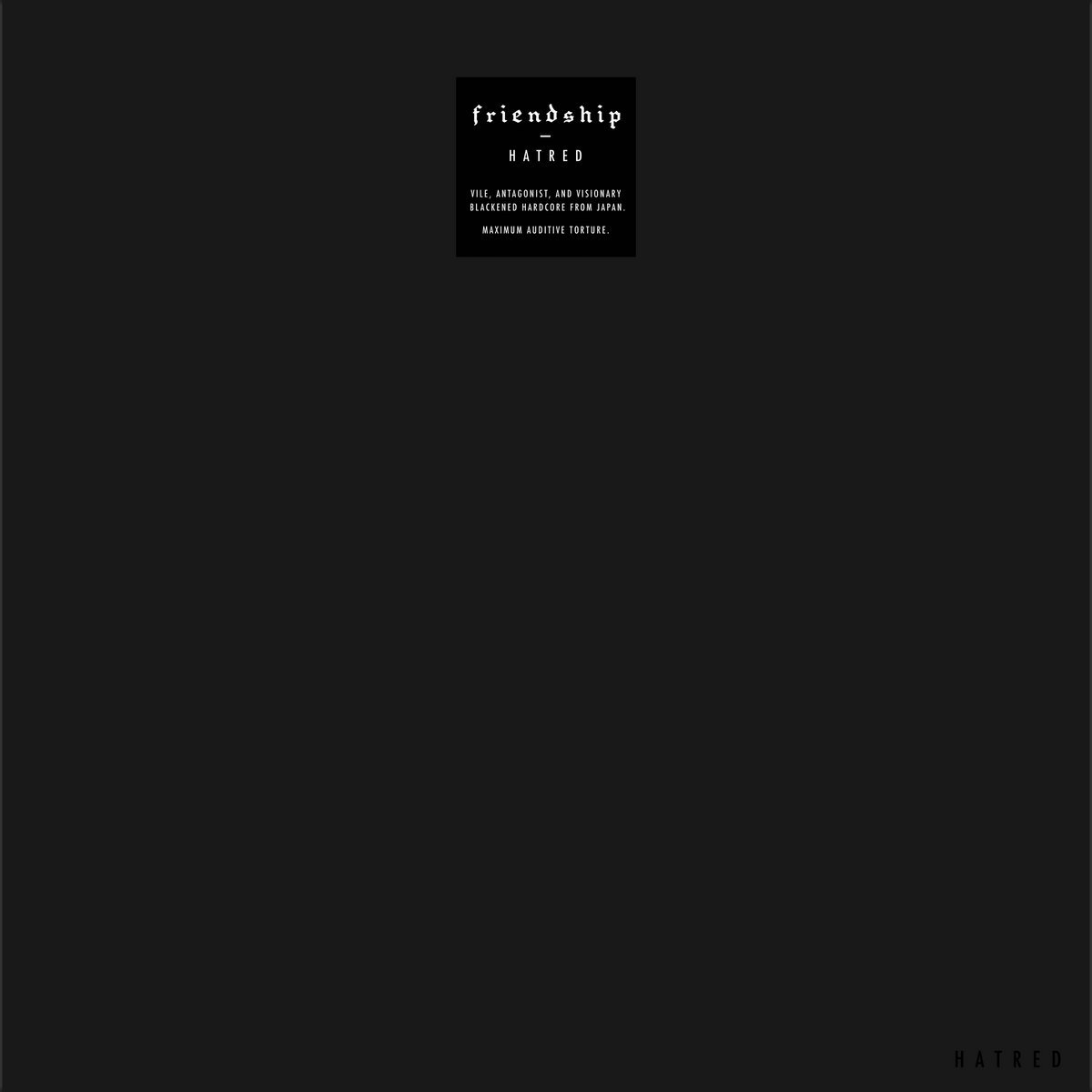 Always standing out as a total absurdity, Friendship have toured Japan with the likes of Endon, Boris, Primitive Man, The Body, Full of Hell etc, and are known for having printed more than one hundred bizarre shirt designs, and for using featureless artwork that somehow aims at giving no pleasure at all to anyone who encounters their craft. Just like the lifeless visual elements they present, their music is a stark and featureless hole of blinding terror that seems completely devoid of any human warmth or rationality. It is simply an ongoing assault, a constant stream of terror that mindlessly and senselessly pours out of the speakers trying to crumble anything that stands before it. Stylistically, Friendship stand somewhere between the most stark and brute forms of powerviolence, grindcore and hardcore punk. Hatred Surge, Dead in the Dirt, Column of Heaven, Cult Leader, Nails, Full of Hell all come to mind, but these are all mere pointers that just make attempting a description easier. Truth be told, there is nothing out there quite like this band. Their wall of sound is unmatched (taking more queues from the megaton sludge and doom of their co-nationals Corrupted than from the “punk” side of the spectrum they supposedly should be closer to), the hopelessness, vile and unsettling atmospheres they evoke are real as fuck, and the overall feel of their music is that of being abused, tortured and humiliated. The conceptual element of “abuse” in this band’s music is everywhere. The de-emotionalization of all is obvious. We’re facing a band which attempts to reproduce the state of being stripped of one’s humanity and turning into an animal driven merely by the most basic instincts of survival. One that will kill in order to not be killed in some type of senseless and merciless food chain.