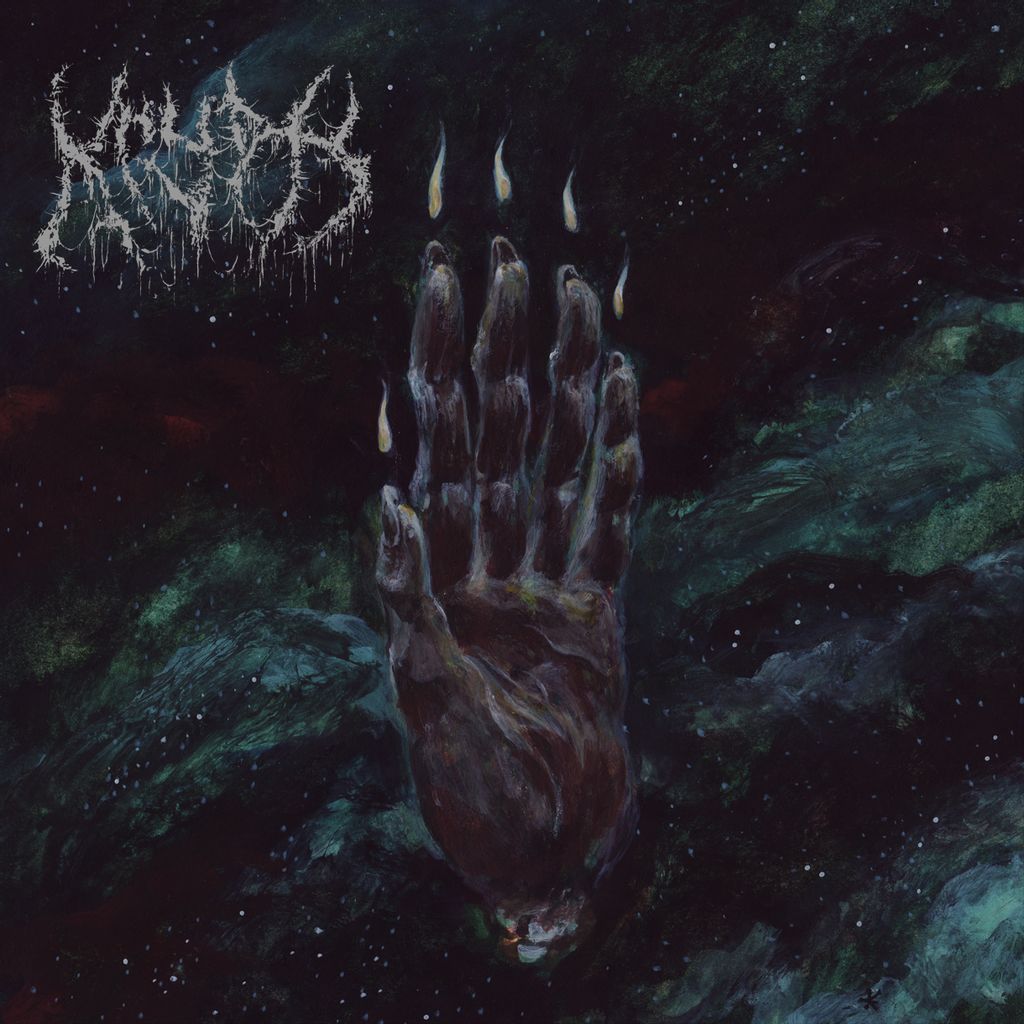 Three years may have passed since Unending Degradation, but KRYPTS have lost none of their excruciating power that made their debut album such a special one, erecting a bridge in between their homeland glorious and down-tuned early 90's glory and something even more sinister and doom-laden.

And the arrival in 2015 of Jukka Aho from GOREPHILIA on second guitar has done nothing to alter that rare chemistry, on the contrary...

Just like its predecessor, Remnants of Expansion reeks of that ancient feeling but dives even deeper into the abyss. Clocking altogether at 33 minutes, there's something very majestic and solemn about its five songs.

Like a serpent circling its prey, the Finns like to play shadow and it's never truer than on the album's opener, the monstrous 10 minute "Arrow of Entropy." But its follow-up, "The Withering Titan," for instance starts off with Mongol throat chanting, two minutes later the listener is buried under a deluge of blastbeats, only to let the instrumental title-track drown you in the cold and bottomless waters of funeral doom.

Once again adorned with Timo Ketola cryptic artwork, Remnants of Expansion is like a big haunted house at a top of a dead trees infested hill on the outskirts of town by a moonless night. Grand in scope, seemingly devoid of any human touch and yet towering over us like a malevolent entity. Behold. - written by Olivier Zoltar Badin