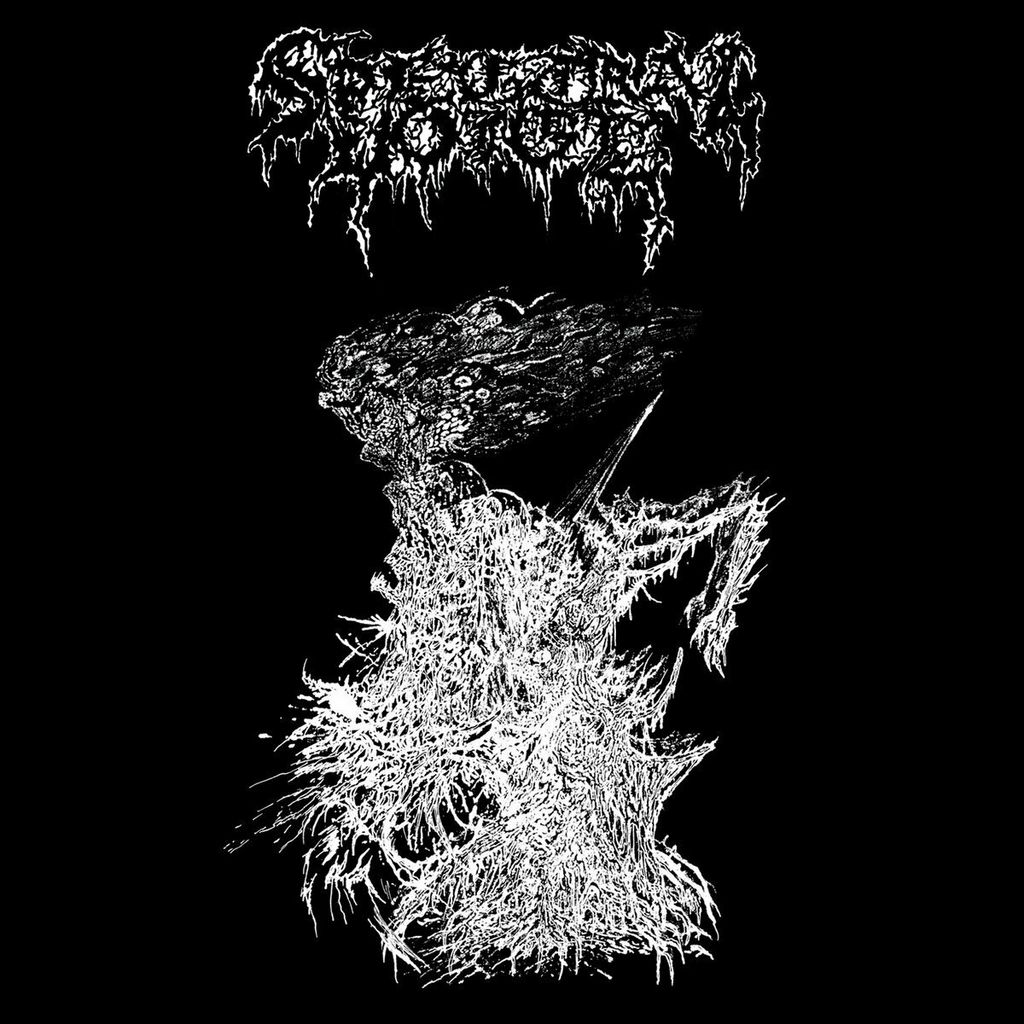 "Since the crypt of SV was first opened circa the miserable Winter MMXII, a lone full length, five rehearsal promos, multiple 7” split EPs, and one infamous demo have been released. SV’s Death/Doom has been slowly rotting across the USA & Europe for years, putrefying the road alongside allies such as SEMPITERNAL DUSK, UNDERGANG, BLOOD INCANTATION, ANATOMIA, PRIMITIVE MAN, SUPERSTITION, MORTIFERUM, DEMILICH, HYPERDONTIA, GRAVE MIASMA, FLOWERING BLADE & KRYPTS.

For the first time, all official non-album material is finally available in one place, in dedication towards all cultists and gloomy fanatics who have supported THE SPECTRAL VOICE since the early years of these recordings. The self-released LP “Necrotic Demos” contains the original “Necrotic Doom” demo and all tracks from the out-of-print split EPs. Dark Descent Records present the Compact Disc edition as a digipak with bonus track, and Extremely Rotten Productions have regurgitated the European edition on vinyl and cassette, with additional bonus material. Over 40 minutes of primitive & raw SLOW ROTTING DEATH DOOM."

ERP proudly presents the European version on LP incl. a bonus 7" only available with the ERP pressing

First pressing of 500 identical black vinyl copies incl. insert and poster
To be kept in print for as long as the band desires