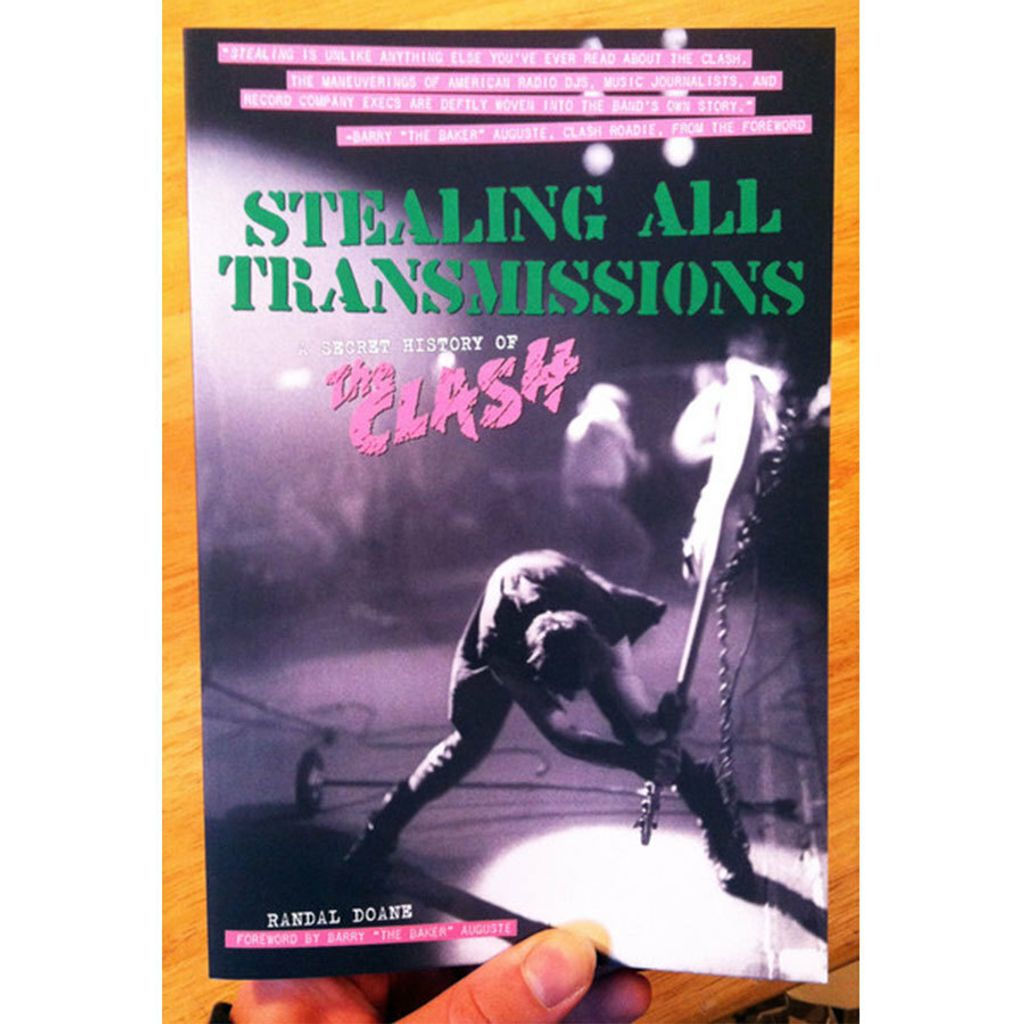 • Stealing All Transmissions: A Secret History of THE CLASH by Randal Doane BOOK

Stealing All Transmissions is, above all, a love story. It’s the story of how The Clash fell in love with America, and how America genuinely loved them back.

The romance began in full in 1977, when select rock journalists and deejays aided the band’s quest to depose the rock of indolence that dominated the American airwaves. This history situates The Clash amid the cultural skirmishes of the 1970s, culminating with their September 1979 performance at the Palladium in New York City. This concert was broadcast live on WNEW, and concluded in the historical moment with Paul Simonon treating his Fender bass like an ax on stage.