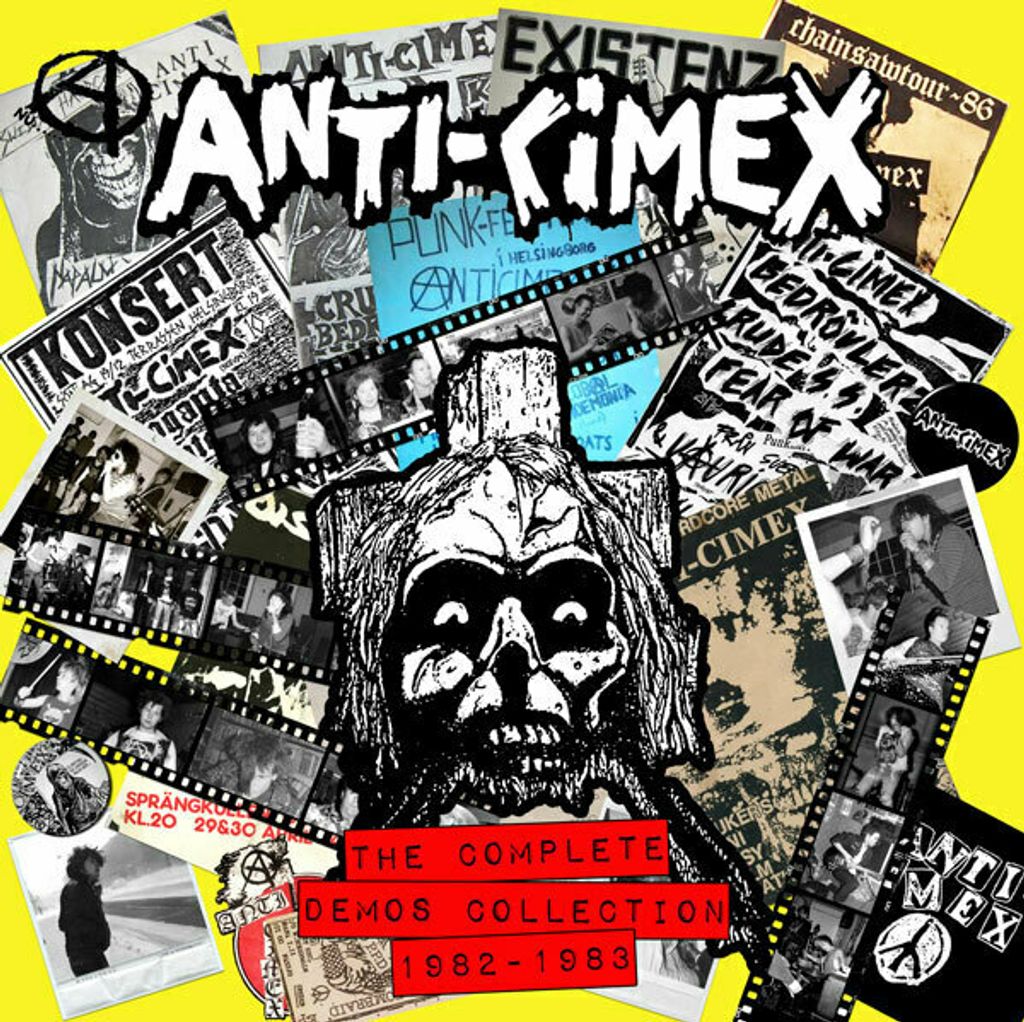 It's with great pleasure that we announce the Swedish raw punk legends ANTI CIMEX have finally reached the joyful lands of Agipunk. On this record we're collecting in chronological order all the demos and the studio recording sessions that haven't been released on any official release so far. A total of 29 tracks that originally appeared on "K.A.A.S January 1982",  "K.A.A.S April 1982",  "En Produkt Av Dagens Skitsamhälle" tapes plus the studio session right before the "Raped Ass" 7" EP and the discarded recordings for the full length that never saw the light and eventually became the "Victims Of A Bomb Raid" 7" EP. All you Cimex maniacs out there probably already know most of the songs, but  you'll definitely find a bunch of extremely obscure tracks which I bet you've never heard before. All the tracks come from the original tapes and the sound has been restored and remastered by Lasse at Ballade Studio in Copenhagen. 1000 copies pressed (500 on Agippunk and 500 on Sonarize Rec.), super detailed insert full of informations and anedoctes and a nice embroidered patch for those who'll buy the Limited Edition of 100 copies on Yellow Vinyl available via mailorder only.