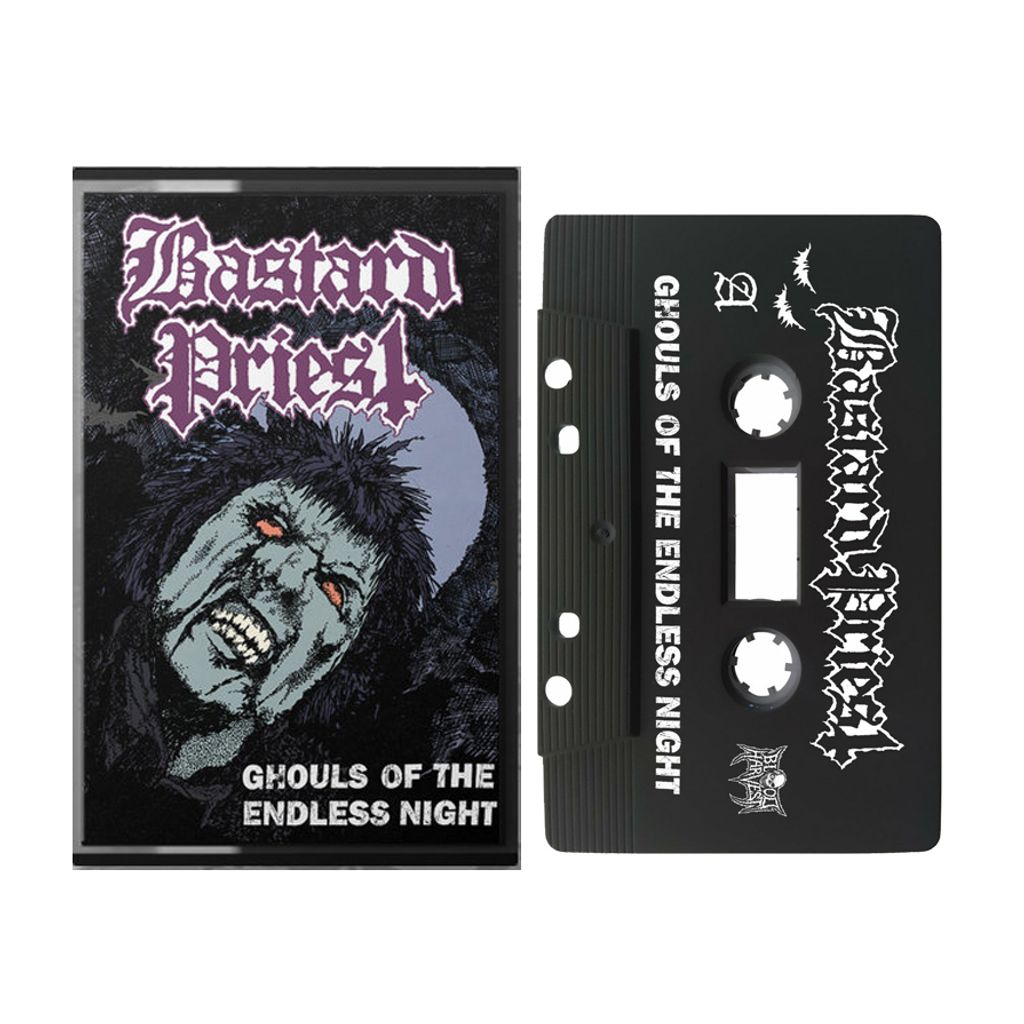 Bastard Priest of course keeps exhuming the corpse of Swedish old school death metal, digging it out from the most filthy and forgotten tombs. Their passion for this style is undeniable and you can hear it in every sound of this record. It's influenced directly by Entombed, Nihilist, Grotesque, Merciless, Treblinka, as well as the American legends like Autopsy, Death and Repulsion. And all that is served with the huge dose of punk - in the end we get something very similar to some other currently shredding bands: Death Breath and Bombs of Hades. Don't be surprised to hear some of the filthiest, most obscure, morbid and possessed sounds ever! What I love about this music - and particular album - especially is that you can really make a connection of it with the zombie horror movies.

Although the band's currently quiet, these new vinyl editions of Under the Hammer of Destruction and Ghouls of the Endless Night are a timely reminder of Bastard Priest's enduring greatness and hopefully a sign of new recordings to come. Cover art will remain the same as the first editions.