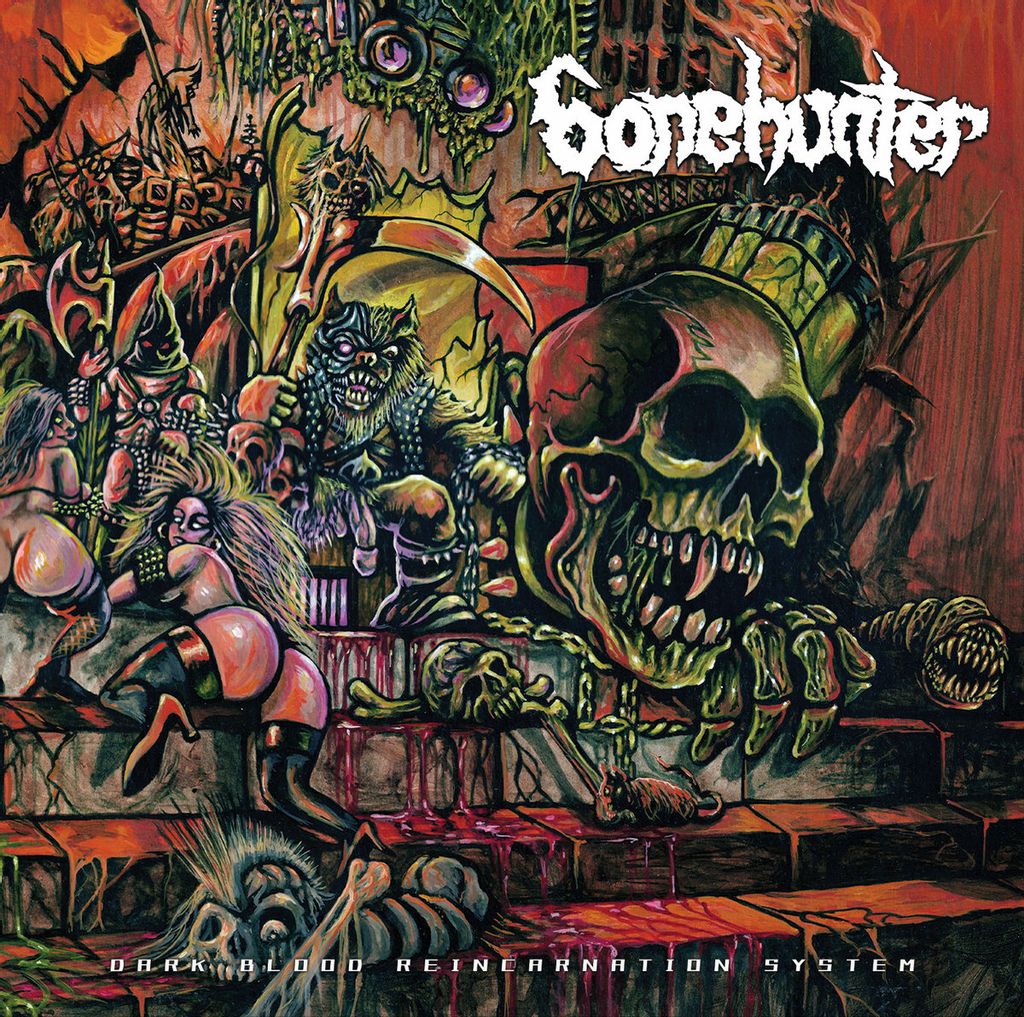 Since their formation in 2011, Finland's BONEHUNTER have been a subtly steady work in progress. A devout power-trio since the very beginning, the band began their ascent to greatness with a clutch of demos and splits, culminating in their now-classic debut album for HELLS HEADBANGERS, Evil Triumphs Again, in 2015. If that debut LP was the first and last word on Bathory worship, BONEHUNTER took the charisma of that record and asserted a strange & twisted identity with 2017's Sexual Panic Human Machine follow-up. By then, their blackened metalpunk was pumping on full-throttle, but it was Children of the Atom the following year where they hit a fever pitch: arguably, the most ripping & addicting pitch-black speed metal of the decade.