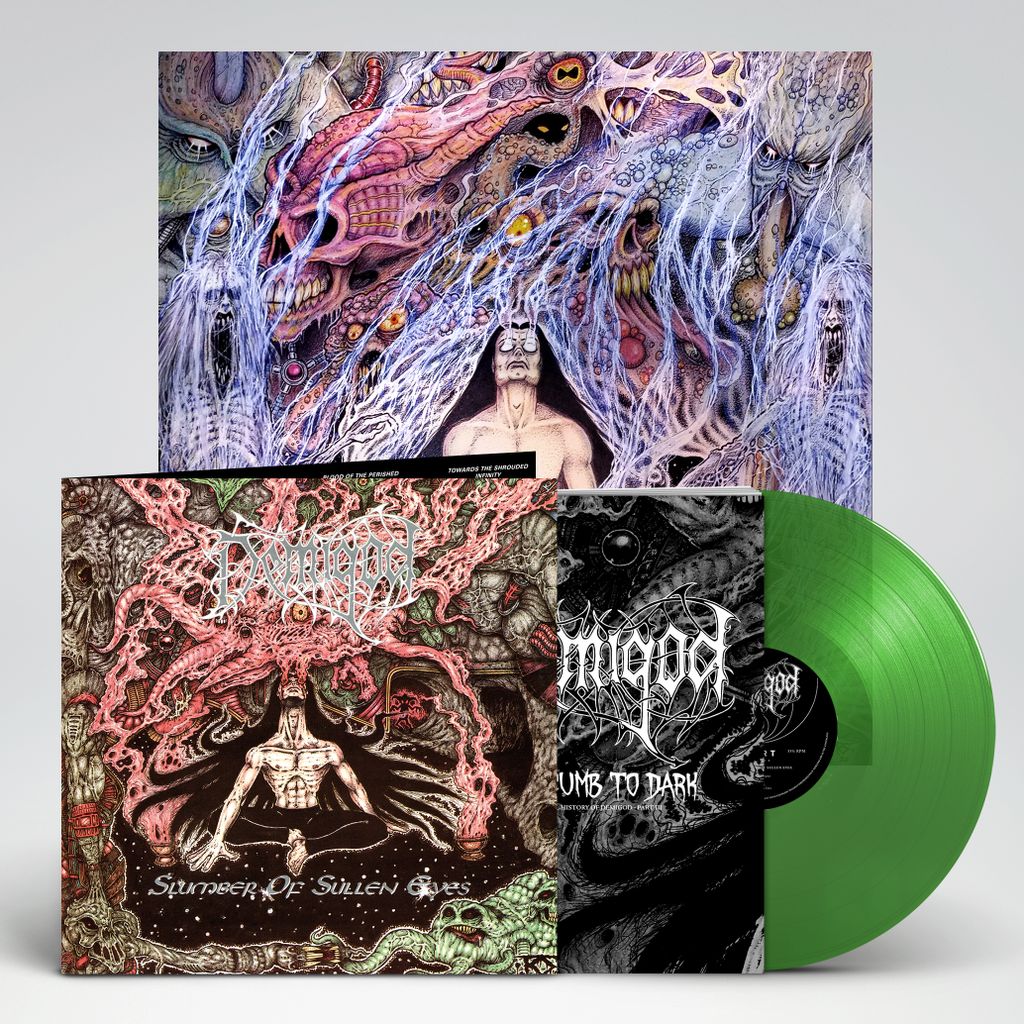 The crown jewel of Finnish Death Metal, reissued in a band-approved new 30th anniversary edition. Features a new vinyl master from the original source by Noise for Fiction, plus a booklet with a lengthy feature by Hippo Taatila and some visual memorabilia. As an added vinyl bonus there's a large poster by the original cover artist Rob Smits creating a new vision of the album cover for the new millennium.

Together with bands like Demilich, Abhorrence, Disgrace, Xysma and Sentenced, Demigod from the wastelands of Loimaa, southern Finland, put Finland on the map in the global death metal scene in the late 80's and early 90's. Having risen to underground fame with their demo Unholy Domain, Slumber of Sullen Eyes was a hugely expected debut album. When it was finally released in 1992 after a complicated creation process at Tico-Tico Studios in northern Finland, it was received with open arms and drooling excitement by the then very active underground death metal scene.

That scene was, however, short lived,and by 1994 pretty much every band had switched from death metal to something else entirely. What was left after the bands had left the building was a number of classic albums that constitute the legacy of Finnish Death Metal. Among them, Slumber of Sullen Eyes is one of the most original and ferocious. There was nobody like Demigod.

Svart Records are proud to reissue this remarkable and quite hard to find album on CD, vinyl and tape.