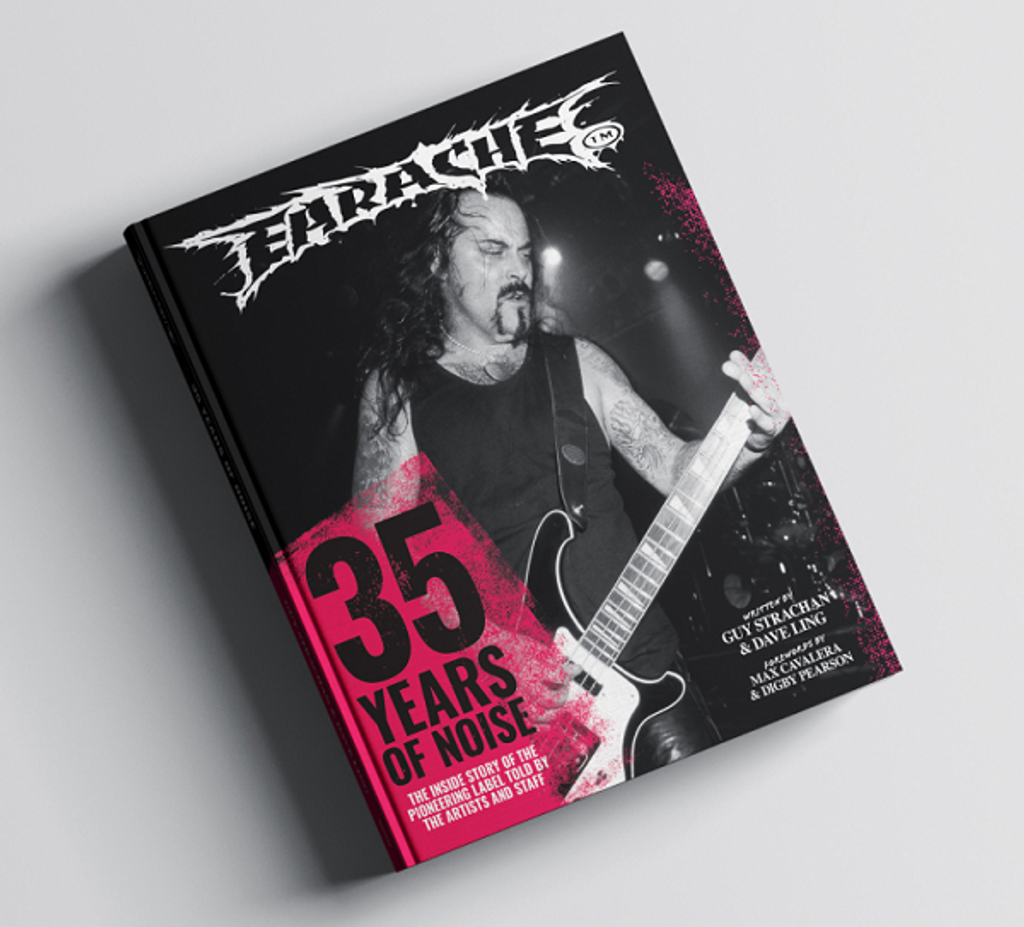 A 152 page hard cover book filled with classic and rare photos, alongside the inside story of the label's rise from pubs to major label deals and back to indie again, as told by artists and staff who were there.

Earache: 35 Years Of Noise features never-before-heard stories and classic and rare photos that will add to fans' memories of Earache Records and its ground-breaking artist roster. From the explosion of grindcore and death metal, to the infamous police raid in the offices, plus countless flops and mishaps along the way, the book offers a peek inside an often chaotic, but ultimately successful and enduring, independent label.

Written by Guy Strachan (Terrorizer magazine) and Dave Ling (Metal Hammer magazine), and with forewords written by Max Cavalera (Soulfly, Cavalera Conspiracy) and Digby Pearson, Earache: 35 Years Of Noise is a coffee-table style hardback book (152 pages), which offers up the inside story of the pioneering independent record label, recounting the 35-year history behind its enduring rock and metal legacy, from inception to present day.

The book is told through the recollections of numerous artists who were signed to the label and staff (both past and present), giving the inside view on the label’s meteoric ascent from its DIY roots, to American major label deals, then ultimately back to being fully indie again. Trailblazers such as current and former members of Napalm Death, At The Gates, Carcass and Morbid Angel explain exactly what happened as the scene exploded and their releases on Earache created the extreme metal genre which took over the globe.

The latter half of the book brings fans up to date with the label's reinvention as an outlet for new bands playing 21st century bluesy rock'n'roll. Members of Rival Sons, The Temperance Movement and Blackberry Smoke give their insights into how Earache transformed to its current guise as a classic rock powerhouse boasting twenty UK Top 40 chart placings, and hosting a stage at Glastonbury Festival.

Earache Records has had an extraordinary cultural impact and influence on the rock and metal scene across the past four decades which continues to endure in the present day. The label was invited to curate stages for renowned UK festivals Glastonbury Festival, Kendal Calling, Camp Bestival and Boomtown Fair in recent years due to its influence, and this activity has seen large coverage in mainstream media such as the BBC and The Guardian. The label has seen over 20 million album sales in its history across over 700 album releases. Pearson was awarded the Association of Independent Music’s Pioneer Award in 2015 for his legacy and impact on the industry.