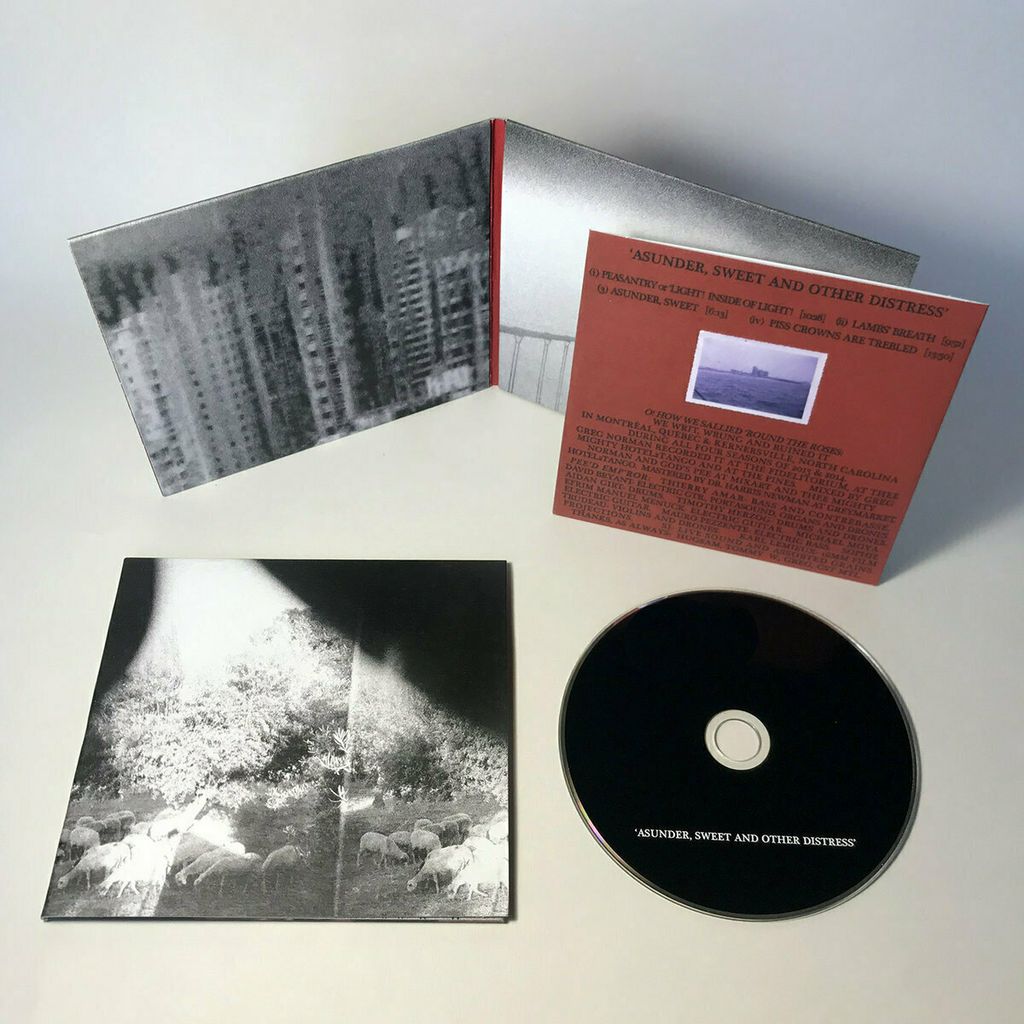 • Godspeed You! Black Emperor "Asunder, Sweet And Other Distress" LP/CD


LP is pressed on 180 gram virgin vinyl at Optimal (Germany) and comes in a heavyweight gatefold jacket with full-colour printed dust sleeve, pull-out art poster and download code for 320 kbps MP3 copy of the album.

Godspeed You! Black Emperor (GYBE) returns with its first single LP-length release since the group's earliest days in 1997-99. 'Asunder, Sweet And Other Distress' clocks in at a succinct 40:23 and is arguably the most focused and best-sounding recording of the band's career. Following Godspeed's return from a long hiatus at the end of 2010 to begin playing live shows again, and with the hugely acclaimed 'Allelujah! Don't Bend! Ascend!' release in 2012 marking their first new release in a decade, the group slowly and steadily put the new album together through late 2013 and 2014. This mighty slab of superlative sonics is shot through with all the band's inimitable signposts and touchstones: huge unison riffage, savage noise/drone, oscillating overtones, guitar vs. string counterpoint, inexorable crescendos and scorched-earth transitions. 'Asunder, Sweet And Other Distress' finds Godspeed in top form; a sterling celebration of the band's awesome dialectic, where composition, emotion and 'note-choice' is inextricable from an exacting focus on tone, timbre, resonance and the sheer materiality of sound.