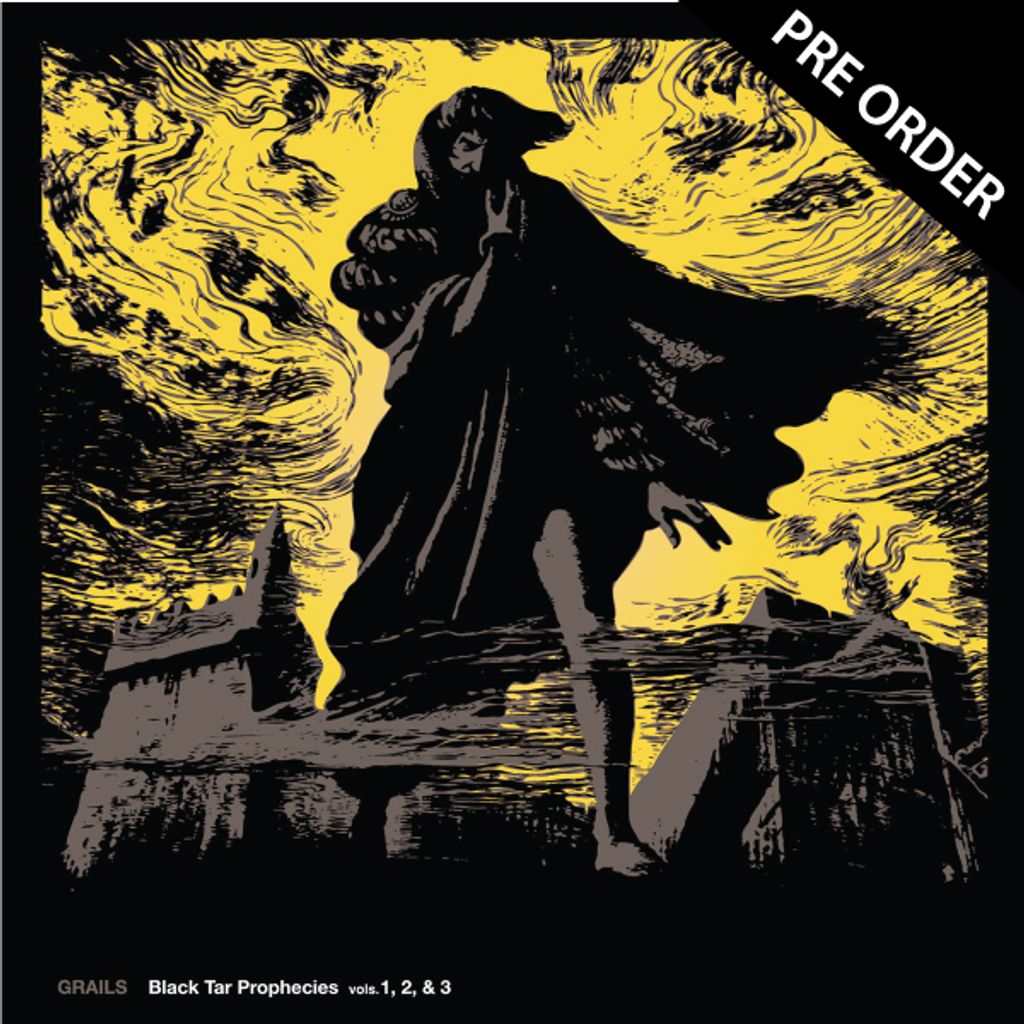 At the start of 2005 Grails returned to the US from a month-long European tour. Stepping off the plane, most of the band walked in one direction and the violinist strayed off into another. It ended up being the last time most anyone would see or talk to him. A bandmate for three albums in five years had vanished only to exist in the form of vague rumors. As the varied reports of briefencounters and sightings grew stranger and darker, the band began a series of recordings called Black Tar Prophecies. With newly liberated instrumental roles came new possibilities for the band’s sound. In this way the collected Black Tar Prophecies Vols. 1, 2, & 3 ends up being a more idiosyncratic mission statement for future Grails recordings, revealing their fondness for the ‘60s and ‘70s experimental artists that saw music as a process of discovery. A parallel was now forming between Grails and pioneering experimental bands like Faust who, rejecting their past, started over from the beginning to build new languages in music.