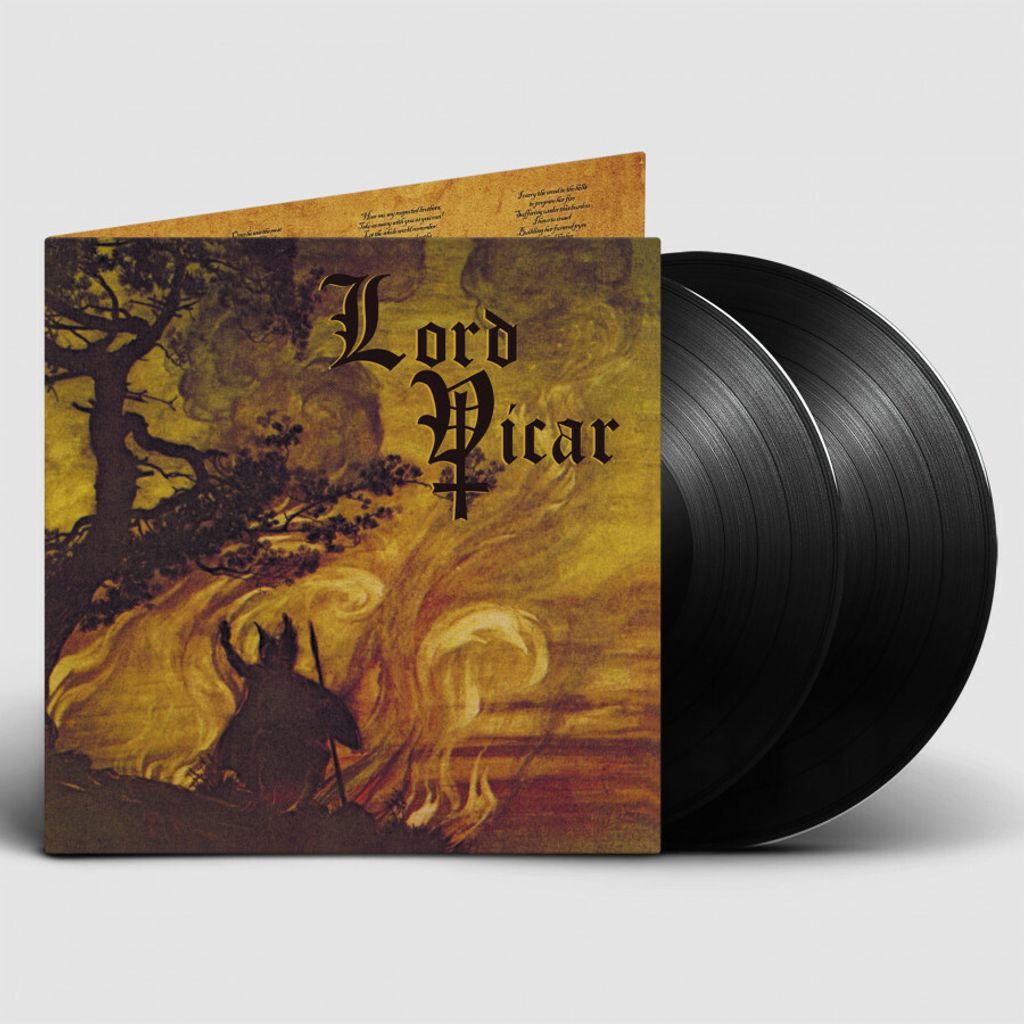 Up the hammers, down the nails! Originally released in 2008, this classic doom metal debut album of Lord Vicar features powerful and mournful songs about survival, regret, love, and sacrificial duty. The unmistakable melancholy of this band is underlined by the acoustic passages of ’The Funeral Pyre’ that enhance the groovy and crushing riffs that otherwise alternate throughout the album. This music must have been uplifted from some kind of personal hell, but there is much pleasure in the way it was delivered.

As a bonus for this re-release, you have the partly remixed and fully remastered first EP of the band, originally released as a 7” in 2008 by I Hate Records. The Demon of Freedom took its subject matter from the novel The Wolf’s Bride, by Finnish author Aino Kallas.