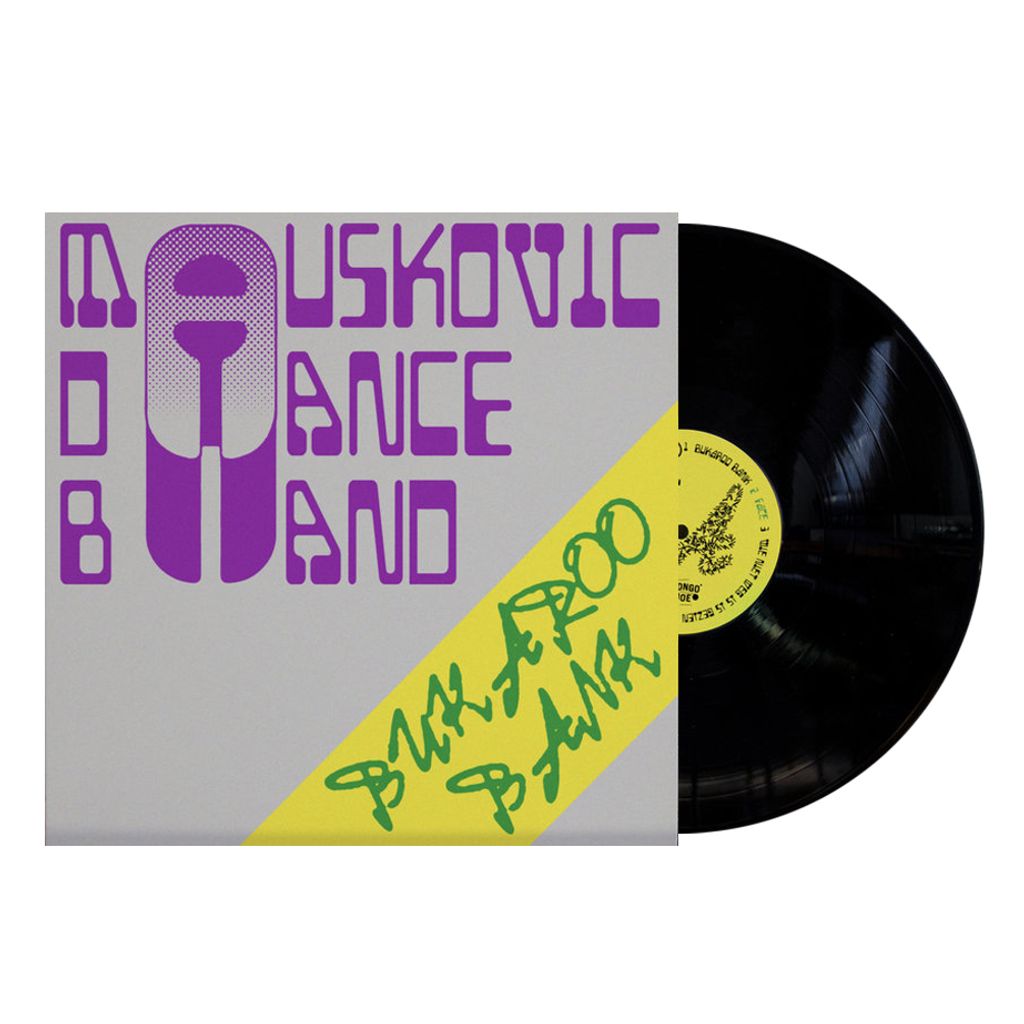 Bukaroo Bank is actually Mauskovic’s second album. There, the band reinvents both their approach and their sound, while maintaining the rhythm-forward euphoria heard on their debut album and surrounding singles. It is one of those albums that sounds brashly live, like you’re in the room while the jams are being kicked out, but in fact uses the studio very shrewdly.

Recorded in 2020, during one of the Netherlands’ intermittent lockdown bouts, for this one the MDB wanted to step up from their previous homebase, Garage Noord – an ad hoc Amsterdam space for recording, practise and after-hours parties. They chose Electric Monkey, operated by engineer Kasper Frenkel. His stacks of what Nicola calls “very strange equipment”, and ability to sprinkle magic dub dust over everything, suited the vibe perfectly. The results glow and shiver with assembled synth sounds, rhythms spliced and echoed in a way that hails late Jamaican dub great Lee Perry – maybe the band’s biggest influence.