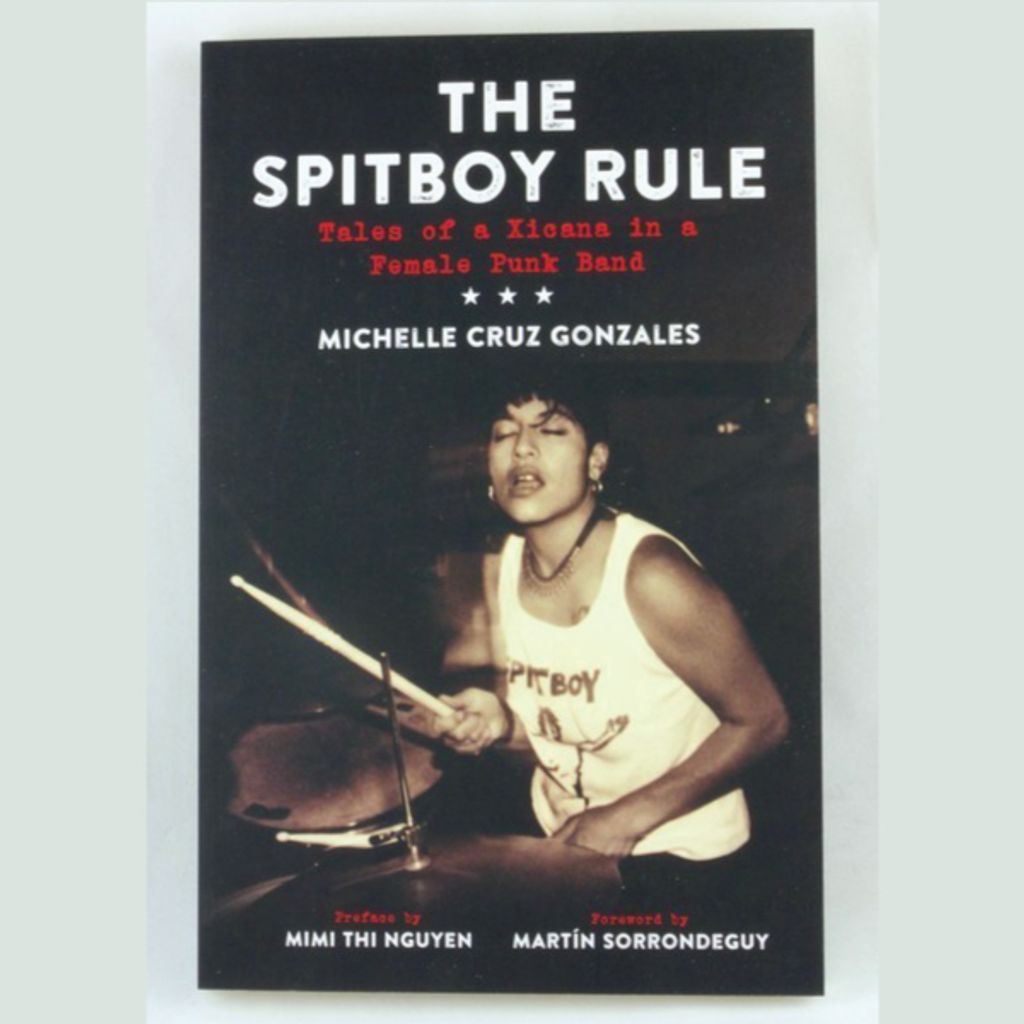 • THE SPITBOY RULES : Tales of a Xicana in a Female Punk Band by Michelle Cruz Gonzales BOOK

Though not a riot grrl band, Spitboy blazed trails for women musicians in the San Francisco Bay Area and beyond, but it wasn’t easy. Misogyny, sexism, abusive fans, class and color blindness, and all-out racism were foes, especially for Gonzales, a Chicana and the only person of color in the band. Unlike touring rock bands before them, the unapologetically feminist Spitboy preferred Scrabble games between shows rather than sex and drugs, and they were not the angry manhaters that many expected them to be. Fully illustrated with rare photos and flyers from the punk rock underground, this fast-paced, first-person recollection is populated by scenesters and musical allies from the time including Econochrist, Paxston Quiggly, Neurosis, Los Crudos, Aaron Cometbus, Pete the Roadie, Green Day, Fugazi, and Kamala and the Karnivores.