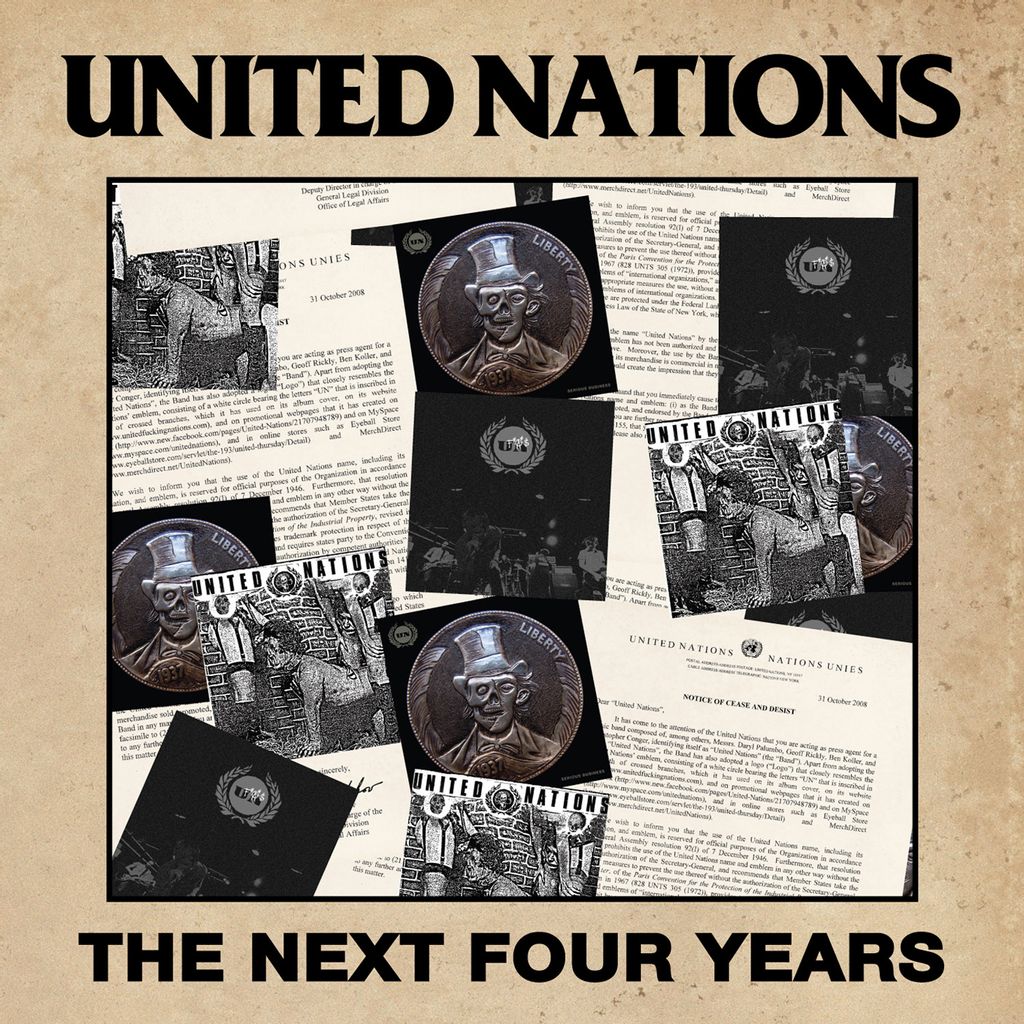 FINALLY AVAILABLE ON STANDARD VINYL LP AFTER MONTHS OF INTENSE DEMAND!!! Originally conceived as a frenetic side-project founded by members of Thursday, Glassjaw and Converge, United Nations' membership and ideology have evolved into a full-time flagship for incendiary chaos. Their line-up overhauled to include members of acclaimed screamo group Pianos Become The Teeth, United Nations have become a perpetual lightning rod for controversy, confusion, and contempt - in other words, they have become one of the most promising punk bands in North America Now, the enigmatic supergroup have returned with the long-awaited follow-up to their self-titled 2008 debut - and their first new recordings since 2010's highly sought-after "Never Mind The Bombings, Here's Your Six Figures" 7" on Deathwish Inc. Featuring material recorded between the spring of 1981 and the fall of 2016, The Next Four Years picks up where "Never Mind The Bombings" left off, expanding on their already caustic sound with an even greater sense of urgency and aggression. It's a furious homage to the pioneers of punk, and a scorching critique on the current state of "punk." It is the most cathartic music of their mysterious career, and unquestionably some of the most vital heavy music released this year.