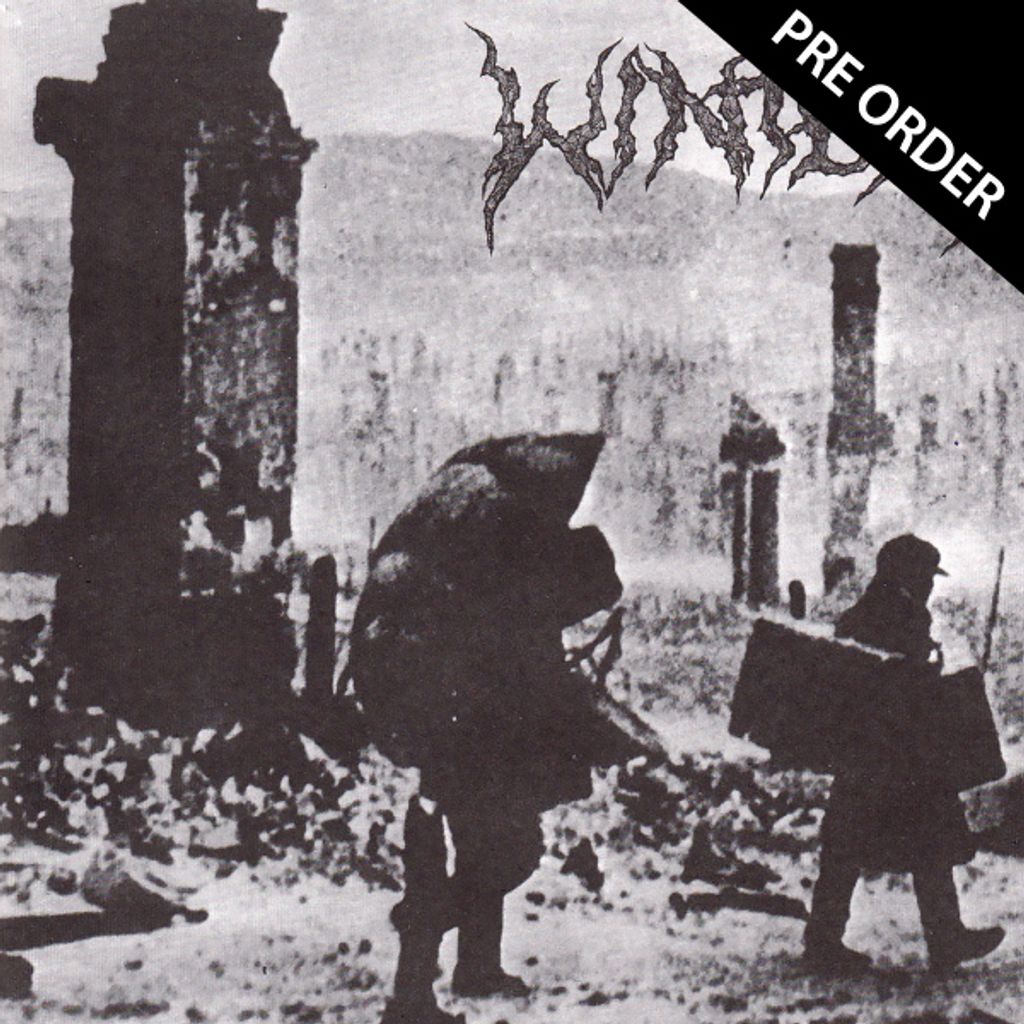 Fully printed outer slipcase box set limited to 400 copies on clear vinyl [this] and 600 copies on black vinyl, also contains booklet of 32 page magazine of press cuttings and poster art. Each record is in its own single pocket sleeve with the original artwork.

Perpetually out of print, much sought after and universally worshipped amongst those in the know, Winter’s Into Darkness was a game-changing classic. Formed in New York circa 1988, Winter played slow, deep and hard nuclear doom with a crust punk rawness, that came across like Hellhammer jamming with Amebix. Their penchant for mammoth sized and funeral-paced, wasteland droning has become a touchstone reference for bands across the whole spectrum of underground metal Their pre-internet infamy led to Winter demos being tape- traded in hallowed adoration by fans and bands alike, gaining notable fans such as Fenriz from Darkthrone. Deserving of their special place in the pantheon of one-off classic albums, the Swans-like noise and down-tuned Earth-like riffs of Into Darkness went on to spawn countless doom and sludge bands, being an influence for an entire doomed generation.

Svart Records is proud to re-release Into Darkness once more, having only been reissued once in a limited edition during this millennium, putting the album back in print for a new generation of listeners. This reprint notably also features the legendary demo which was only reissued on a mini-cd in 1995, now finally on vinyl.

The double CD package will feature a large lush booklet, and the double vinyl set comes in a slipcase box with a luxury 32 page magazine, with every imaginable press clipping and piece of memorabilia about Winter ever produced! Into Darkness was a gateway drug to the dark depths of sludge metal, and now awaits a whole new throng of acolytes who bow down before the throne of heavy doom. Eternal Winter awaits!